Look, I'm not going to sit here and tell you that the fourth movie in the Critters series is as good as all the rest, especially when it makes the inevitable choice to set the majority of the action in space, but it's still nowhere near the lows you can find in many other low-budget sequels.

The opening scenes of the movie are the moments that were interspersed throughout the end credits of Critters 3, with Charlie (Don Keith Opper) being informed that he cannot destroy the last of the krites. This leads to him being frozen and stored with some krite eggs, maintained in stasis in a spacecraft for over fifty years. Eventually collected by a salvage ship, the krites set about doing what they do best, all while a crew bicker about the best course of action as they try to stay alive.

Very much riffing on the best-known sci-fi horror populated by a space crew of blue-collar workers, Critters 4 makes good use of everything it has going for it, which is mainly some decent production design stretching every dollar for the sets and a great cast. Filmed at the same time as part three, it's nice to watch something with decent continuity that doesn't have to tie itself in knots to keep stretching the central idea through more movies.

David J. Schow returns to the writing duties, assisted this time by Joseph Lyle, and it's all competently put together. The characters could have done with a bit more to them, it's clear that the intent is to show a group of people who work together without necessarily all liking one another, but they're all given enough room to breathe before they start to be endangered by the critters. Rupert Harvey, a producer on many of the movies in the series, directs with an equal amount of competence, if also a disappointing lack of creativity or flair (although this isn't a series known for flair).

To be completely honest with myself, this is a very average film. You never feel that the stakes are high, there aren't any great set-pieces, and even the comedy moments don't happen often enough to make it worthwhile. But with that cast in place, and in comparison to many other films of this type, it still manages to be worth your time. Especially if you want to enjoy and finish the main story arc. 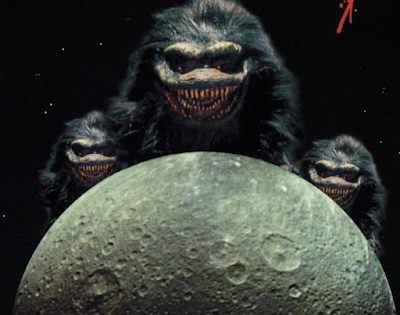