Although it depicts a man out of his depth in terrain that can feel very alien and inhospitable, Wake In Fright succeeds because of the balance it maintains between the unknown and the all-too-familiar. Many of you reading this will have had an experience when you woke up one morning, in some pain and with some regret, trying to piece together the events of the nighty before. Sometimes you have befriended strangers, people who keep the drink flowing and the rest of the world at bay for another day and night. Inhibitions are gone, self-respect can sometimes go with them, and the most important thing is maintaining your current level of alcohol-assisted happiness.

Trust me, before I committed to the sober life, I had one or two mornings, at the very least, when I ended up feeling much like the main character here. I don’t recommend it.

Gary Bond plays John Grant, a schoolteacher who is heading to Sydney during the start of a holiday season. He ends up staying over in a small town, which leads to him drinking more than planned, gambling a lot of his money, and becoming closely bonded to a local drunk, Doc Tydon (Donald Pleasence). Things start off well, but soon start to become more and more nightmarish.

Directed by Ted Kotcheff, a man with a filmography well worth exploring (including First Blood, a film easy to misremember due to the subsequent development of the character of John Rambo), and based on a novel by Kenneth Cook, Wake In Fright is a fine marriage of odd, hazy, visuals and telling dialogue. The screenplay, by Evan Jones, has an interesting collection of characters creating an atmosphere of tension and danger. You can also feel the heat beating down upon everyone, and smell the sweat and beer (both fresh and stale).

Bond is excellent in the lead role, believable even as his descent begins to gather speed so soon after his arrival in the small town, and Pleasence is on top form as an alcoholic accepting his main failing without thinking he can ever conquer it. Chips Rafferty is equally good, playing a friendly local policeman, and Sylvia Kay stands out as the one main female character trapped among so many rowdy males.

Animal lovers should be warned that some footage was shot during kangaroo hunting season, which also adds to the sense of palpable danger running through almost every scene. This is not a pleasant watch at times, the downs start to far outweigh the ups, but it is an astonishing and affecting work, as essential a film from this decade as almost any other I can think of. 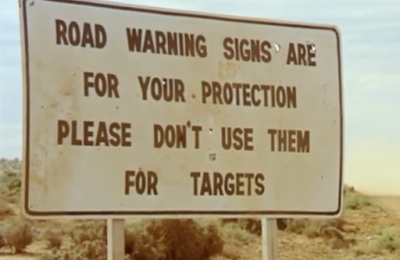