If you're a film fan who will watch anything then you inevitably start to work your way through a lot of films that others may consider . . . not very good. Some films are so infamous that you assume you've already seen them, and finding out that you haven't can end up being quite a surprise. That's what happened here, the result of me confusing Mako: The Jaws Of Death with The Last Shark. I have finally corrected my error.

Richard Jaeckel plays Sonny Stein, a man who wears a strange medallion that allows him to have a telepathic connection with sharks. This makes him angry at the humans who try to profit from hunting the creatures, and he can either deal with the situation by confronting the shark killers himself or he can ensure that they end up in the water alongside some ferocious fins. Jennifer Bishop plays Karen, a woman who is about to end up swimming with sharks as some kind of weird attraction in a bar, run by a man named Barney (Buffy Dee). Various people interact with Sonny, who becomes more and more irate about the way sharks are being mistreated, and it all leads to an impressively downbeat third act.

Directed by William Grefé, who also came up with the idea that was turned into a screenplay by Robert W. Morgan, Mako: The Jaws Of Death is somehow both exactly what you expect it to be and also quite different from almost every other "sharksploitation" movie I can think of. You get all of the underwater footage, and the quality of it varies wildly, you get business interests clashing with the local ecosystem, and you get a potential bit of romance between Sonny and Karen, although it's really more about just setting up the chain of events in the third act.

Jaeckel isn't the best actor to ever appear onscreen, but he doesn't do too bad in the role of Stein. He's certainly better than Dee, who feels like he belongs in a very different movie (maybe something with Burt Reynolds as a charming rogue getting the better of him). Bishop isn't bad as Karen, although she's required to be understandably confused by Sonny's obsession. The other main stars are the sharks and Harold Sakata, billed as Harold 'Odd Job' Sakata (because of his most famous role).

It's just a shame that the script cannot do a better job for the cast of characters because the main premise, as silly as it seems, is at least interesting and unique enough to help this stand out from a crowd of movies that came along in the wake of Jaws (no pun intended). It's a pro-shark movie that still has them featured as a main threat, and it juxtaposes their uncomplicated shark ways with some of the uglier aspects of human nature.

I liked Mako: The Jaws Of Death, yet I also see it as a cheap and crude work. It's a low-budget exploitation movie with some great ideas being explored. That puts it ahead of many other, more polished, films you could choose to watch instead. 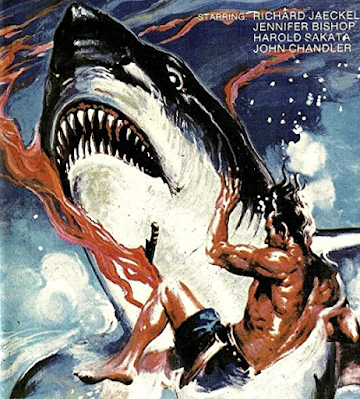