Ashleigh Murray plays Harmony Matthews, a young music exec who moves back home from New York for a Christmas holiday. Harmony has also just been “downgraded” in her employment status, although that situation could change when it is discovered by the singing star (Melo D, played by Michelle Williams) who views her as the best, and only, person she enjoys working with at the agency. Meanwhile, Harmony is roped in to helping whip a choir into shape for a local church. She is tasked to co-direct the show with Kyle Noah (Luke James), a nice guy who also happens to be an ex-boyfriend. Standard Christmas sparks start to fly, of course.

Writer Jessilene Berry only has a few credits to her name, and certainly doesn’t have the experience of writers who have basically made these TV movies their main source of income. She works well enough with the standard structure, but doesn’t do any more to lift the material. None of the supporting characters stand out, which is a shame when we have a choir full of potential stars available, and there isn’t any real chemistry between the leads.

At least part of the problem IS the cast, unfortunately. Murray just isn’t good in the main role, often looking bored or tired when she is supposed to be emoting. She is also terribly mismatched with the voice given to her during scenes in which she likes singing. James isn’t as bad, and seems to have a decent singing voice, but he spends most of his time stuck opposite Murray. Loretta Devine is the loving, and interfering, mother and she does fine in a role she could do in her sleep (although she will always be the security guard in Urban Legend to me), Michelle Williams is enjoyable, and surprisingly believable, as Melo D, and that covers the people worth commenting on.

Director Rusty Cundieff may be best known to film fans for his Tales From The Hood movies (I haven’t gone beyond the first movie, which I thoroughly disliked). He has been directing for decades now, but you wouldn’t ascertain that from his films. Unable to make the major decisions required to elevate something from poor to average, from casting to shot composition, from the music to set dressing, everything feels sadly underdone. You can work within budgetary limitations and still create a movie world that feels real, but Cundieff doesn’t manage that. Worse, it doesn’t feel as if he even tries. Some of the “crowd” scenes are embarrassingly amateurish in their execution.

If you are after even the most undemanding and flimsiest of Christmas movies then I would still not recommend this one. There are so many better options out there, all of them designed to make you feel the chill and joy of the season, and this one doesn’t deserve your time or attention. 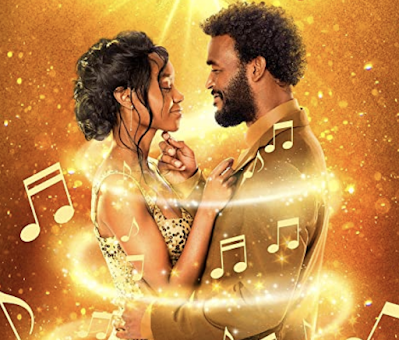