It is very rare to dislike an advent calendar. What may once have been a rather sweet and religiously-minded way to mark the days on the run up to Christmas is now, for the most part, something that gives you an excuse to get a sweet or treat every day. The Advent Calendar is about that, with a magical calendar offering up a treat a day, but each treat comes with a price. And there are rules that have to be followed.

Eva (Eugénie Derouand) is a young paraplegic woman who is gifted the titular advent calendar by a friend, Sophie (Honorine Magnier). It's an ornate and magical thing, but the women don't immediately realise that it's literally magical. A message on the back should have been enough of a warning, stating that if anyone dumps the calendar then they will be killed, but Eva and Sophie just assume it's a fun way to create an air of mystery about the delightful creation. Then Eva starts to follow the rules that the calendar provides, starting with one that tells people they must eat every piece of candy if they eat one. Basically, once you start opening the windows of the calendar there's no going back. But it soon becomes clear that the calendar will hurt those around Eva while working to improve her own life. That can take the form of revenge, but it might also ultimately lead to a change in her physical abilities.

The second feature film from writer-director Patrick Ridremont, The Advent Calendar is an enjoyably nasty and twisted little horror movie, and it's one that is happy to drag characters into a realm of absolute dark fantasy. As things start, it can be a bit puzzling to figure out the real aim of the calendar, and the rules initially seem a bit arbitrary and inconsequential. That's the beauty of it. Viewers are, just like the central character, able to realise the full extent of the horror about to unfold when it's too late to turn back.

There's a nice visual style throughout, moving smoothly from the "calendar world" to our known reality, and vice versa, and Ridremont allows himself one or two standout moments that could easily be short films on their own. There's fun to be had while watching bad characters get their comeuppance, and things get tense when you realise how many people are left that you don't necessarily want to meet a bad end.

Derouand is a good lead, and it's easy to understand her character being tempted by the changes made by the calendar. Magnier does well, but her character deserved a bit more screentime, and the supporting cast also features good performances from Clément Olivieri, playing a nurse/suitor named William, and others, although everyone is defined by how they relate to Derouand's character.

It may have moments that will leave you feeling as if you missed something, but that's always a deliberate choice, and ultimately ends up being very effective, so I think many people will feel the way I did by the time The Advent Calendar ends. It was entertaining, it had some good full-on horror, it was a bit different from the norm, and it was well worth your time. 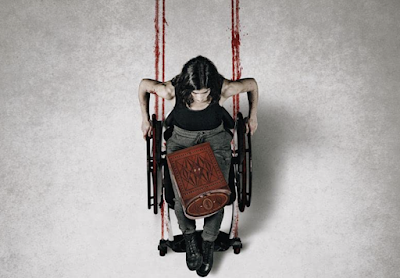