I've now seen about half a dozen movies from writer-director Éric Rohmer and I can categorically state that his filmography is certainly worth checking out. Not every film is great, but they're usually at least good enough to be worth your time (from the titles I have seen so far).

The story of A Winter's Tale concerns Félicie (played by Charlotte Véry), a young woman who enjoys a passionate romance with a man named Charles (Frédéric van den Driessche). They both have plans that will see them separated for a while, but disaster strikes when Félicie gives Charlie an incorrect address. The two then lose contact, although Félicie is pregnant. Five years later, Félicie is in a bit of a love triangle. She has something going on with her boss, Maxence (Michel Voletti), and is also trying to find a spark with the lovely, more intellectual, Loic (Hervé Furic). And the constant pining for her lost love, Charles, means that the love triangle is more like a love square, or whatever the more applicable word would be.

Although it could go in a number of different directions with the main theme, Rohmer uses the plight of Félicie to show both the lows AND the highs of a love that feels perfect. Many people may have gone through this very experience, for better or worse, and it can cast a huge shadow over your life, and relationships, for many years. Trying to recapture that feeling, measuring all other romances against that "one that got away", spending too much time thinking about what could have been.

Véry is excellent in the lead role, helped by the script and direction to portray a character who manages to be pining for what she views as her one great love without ever being completely hopeless and irritating. The gaping hole in her life is a problem, but it's not one that leads her to completely destroy herself and those around her (as can sometimes happen). Voletti is good at being the least romantic of the men in Félicie's life, Furic is someone to feel a bit more sympathy for, considering how seemingly sweet and good his character is, and Van Den Driessche is allowed to portray someone who informs the entire film without being onscreen for more than about ten minutes. His character has no obvious flaws, and no sneaky agenda, making it easier to see why Félicie regrets losing touch with him.

Despite how well this is all handled, it's hard to shake off the slight frustration at the main premise. Although it's a recognisable kind of heartbreak, so many people who have been there and moved on will want to pick up Félicie and "give her a good shake". I can see as many people hating this as loving it, and I have landed somewhere in the middle. It's massively helped by the fact that Rohmer decides to keep a rose-tinted filter over things, helping to offset the potential pain and frustration with a healthy dose of movie-world romance. 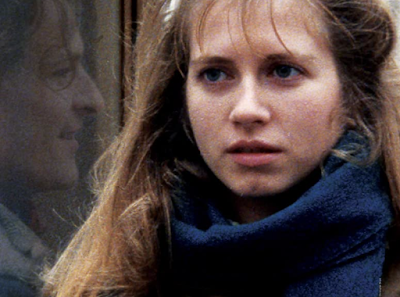