Be warned, despite the title, this isn't exactly prime Christmas movie material. It doesn't even feel very Wintery, more's the pity.

I'm not sure exactly what Screams Of A Winter Night was intended to be, other than a standard horror anthology, but it has ended up being something that people will remember for all the wrong reasons. It's pretty badly put together, with a real lack of visual style and some lacklustre audio work, and many scenes feel as if they have been done better in other films. Because they usually have.

I'll try to flesh out the plot slightly. A large group of friends head off on a trip to a lakeside cabin. The area around the cabin has been the scene of some mysterious deaths, which adds to the atmosphere. And John (Matt Borel) wants some decent atmosphere, especially when he starts to tell a tale of terror. Different people take turns to tell their stories, four in all (in THIS particular version of the film, although it was originally released with only the three tales intact).

None of the stories told here have a very effective ending, and one or two feel like they have no real ending at all, while the wraparound tale is as dull as the murky countryside that surrounds the cast of characters. Worst of all, most of the film is just dull. There are no good frights, no decent moments of bloodshed, and no wit to detract from the lack of originality.

Apparently the only film directed by James L. Wilson, as well as the only film written by Richard H. Wadsack, let me take a moment here to offer some genuine praise for the idea of Wilson and co. getting together and getting this film made. Although they were unable to effectively stretch the budget, the fact that they get this end result from such obviously limited resources is something worth giving them credit for. The lack of resources also makes for some creative choices, with one good idea being the use of certain cast members to play characters being depicted in the various tales.

"Recycling" the cast would work even better if the cast was full of talented thespians. Sadly, that is not the case. Nobody stands out for the right reasons, with Borel being one of the few that I'll mention because of his character being the nominal leader of the group. The other person of note is William Ragsdale, making his first feature film appearance over five years before he would get a much better role in the superb Fright Night.

In case you weren't sure, this is one to avoid. It also feels overlong with the fourth tale included, although I don't think the shorter version of the film would improve things enough (as a lot of the early scenes are a real chore to get through). It's certainly not a scream. 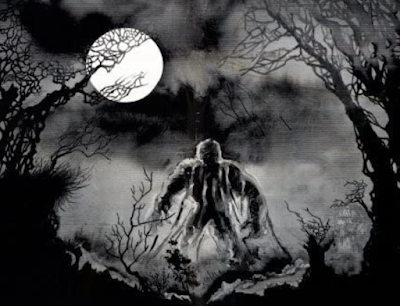