Sometimes a movie ends and I wonder if I will even manage to craft a full review for it. This doesn’t happen with great movies. It doesn’t happen with awful movies. It happens with movies that are just consistently mediocre throughout, from conception to execution of the material. Death Valley is one of the most mediocre horror movies I have seen in some time.

The plot is simple. Some armed men are tasked with making their way into a secure facility, taking out enemies and rescuing any “assets” available. But the facility has one or two dark secrets, taking the men by surprise. Before you can say “Resident Evil”, one or two twists occur and things start to look bleak.

Written and directed by Matthew Ninaber, who also plays a monster in the film and has given the lead role to the suspiciously-named Jeremy Ninaber, this is a film that ends up playing out like some horror movie equivalent of a Hallmark monster movie. You get a hero with a partner at home just wanting him to stay safe during this one last mission, you get generic minor baddies (aka other people with guns), and the backstory/revelations delivered throughout the middle and third act contains zero surprises for anyone who has even a passing familiarity with this kind of material (either in movie or videogame form).

Ninaber is perfectly fine in the lead role, although I am sure there are many others who could also manage it easily enough, and Ethan Mitchell is given the role of the colleague/friend we don’t expect to see reach the end credits. Perhaps both actors could have done better with a better script, but it’s hard to say. They certainly hit their marks, and actually don’t do a bad job of delivering the kind of dialogue that blends action with exposition and friendly banter, but they never feel above average. Much like every other part of the film. Kristen Kaster is someone who could be rescued from the facility, it’s a shame that neither the direction nor script help her play her character in a way that would lean more into the potential fun of her stereotypical persona.

Technically competent throughout, and there’s decent creature design to help, Death Valley just can’t do enough to overcome its limitations. And it doesn’t seem to try hard enough. Even the “rules” we’re told about the creature don’t seem consistent, or interesting enough to help this stand out from a crowded field. This is basically just a low-grade zombie film trying to pretend it has something more to it. It doesn’t.

There are a lot worse movies out there, and at least this doesn’t run over about 90 minutes, but you will forget all about this one within days of seeing it. 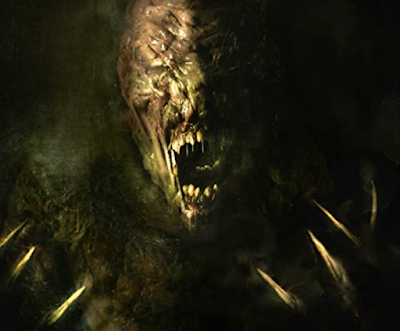