Following Creepshow was always going to be a tough job, but I'm pleased to say that Creepshow 2 holds up as a decent little sequel. It's not on a par with the greatness of the original movie, but there's something for everyone and the mix of horror drawn from comic tales is once again nicely evoked, this time with animated sequences in between each tale.

Slimming down from five tales to only three, things begin with Old Chief Woodenhead, which is all about a nice, elderly couple (played by George Kennedy and Dorothy Lamour) who are sorely wronged. But their fates will be avenged. The second tale is my favourite of the three. The Raft, a tale of four young folk who swim out to spend some time on a raft and end up trapped by . . . . . . . . . something that looks like an oil slick but devours animals like The Blob. Last, but not least, comes The Hitchhiker, the tale of an unfaithful wife (Lois Chiles) driving home from her latest tumble between the sheets and hitting a hitchhiker (Tom Wright) in her haste. She drives off, but it turns out that the hitchhiker still needs a lift.

Based on stories by Stephen King, this was written for the screen by George A. Romero (with some uncredited help from Lucille Fletcher, apparently) and directed by Michael Gornick. It lacks the commitment to that gaudy E.C. Comics style that the original movie had but the crudely animated sequences linking each of the tales do enough to remind viewers of the thrill felt when encountering these horror tales for the first time.

The cast all do a decent enough job. This was the last movie role for Dorothy Lamour, and she and George Kennedy make such a sweet pairing that it's not the worst swansong she could have gone for. The stars of The Raft - Paul Satterfield, Daniel Beer, Jeremy Green and Page Hannah - are there to play second fiddle of the featured creature, and that's what they do. Lois Chiles is saddled with too many moments that have her filling out backstory by talking to herself during her drive, but Tom Wright fares better with the main line that he gets to repeat, catchphrase-like. Tom Savini appears, although he's pretty much unrecognisable, as The Creep and Stephen King is fun to spot as a helpful truck driver.

While it doesn't ever hit the heights of the first movie, this is still a lot of fun for horror fans and it just manages not to outstay its welcome. It's an easy watch, nothing more and nothing less. 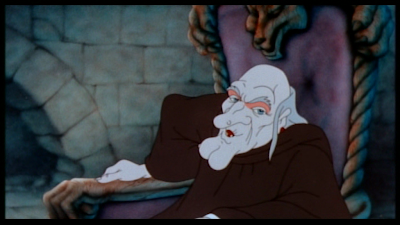