Another version of the short story by Stephen King, this time around the tale of "He Who Walks Behind The Rows" is given the TV movie treatment. It's not really a straight remake of the 1984 movie because it can claim to be based on the original story, but it's a lesser take on the material, whichever way you scythe it.

David Anders and Kandyse McClure play the married couple this time around, with their drive about to be interrupted by a bunch of nasty kids who do as they're told by young preacher boy, Isaac (Preston Bailey). No adults have been allowed to live in the small town of Gatlin in decades, and the kids are out to make sure that things stay that way.

Written and directed by Donald P. Borchers (with, of course, no small amount of help from Mr. King), this movie stinks as bad as many of the other corny kid movies to have been released over the years. It's so bad that it seems to have been designed that way.

Take everything that you enjoyed about the original movie - the cast, the opening bit of nastiness, the strange vibe of the middle section - and just keep those things in mind as you struggle through this, because it's removed all of those things.

Anders and McClure are ill-served by the script, stuck with portraying characters who are unlikable from their very first scenes together. The fact that there aren't even any attempts to get the audience to warm to them as the situation they find themselves in becomes clear is testament to how flawed the script is. And then, in the final third of the movie, Anders is stuck with at least one memorably bad moment, which will at least make viewers laugh. Bailey and Daniel Newman (Malachai) are both okay, I guess, but they just don't measure up to the performances that John Franklin and Courtney Gains gave in the same roles.

There are one or two moments that are average, at best, if you're in a charitable mood (as I often am) and that's why I've given this a rating that I view as a generous one. There are many other people who wouldn't be so kind. 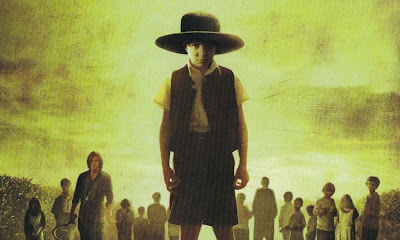