The 80s were good for Fred Dekker, the writer-director behind both this movie and, the much-loved, The Monster Squad. Those two movies garnered him a loyal fan-base for life, and rightly so.

Night Of The Creeps is all about little, parasitic aliens that take over human bodies and turn them into deadly zombies. This is a big pain in the backside for Chris (Jason Lively), who is finally getting a chance to woo Cynthia (Jill Whitlow), a girl he has fallen in love with. With gruff Detective Cameron (Tom Atkins) trying to figure out what's going on as bodies start to, apparently, wander off on their own it's not long until the living have to band together to keep the living dead at bay.

A cross between '50s sci-fi B-movie, teen comedy and zombie flick, Night Of The Creeps really does remain a hugely enjoyable little film that should be seen and appreciated by as many genre fans as possible. A lot of the movie may be wish-fulfilment stuff usually delivered by John Hughes back in the '80s, but that doesn't detract from the overall enjoyment.

Tom Atkins has never been more fun (his "thrill me" answering of the telephone just one small, enjoyable nuance from a selection of many), the rest of the young stars are good enough (Steve Marshall as the best buddy, J.C., strikes just the right balance between confident and irritating) and Jill Whitlow's character is easy enough to grow fond of, making the lengths that Chris will go to to keep her safe all the more believable. Allan Kayser is an easy-to-hate douchebag named Brad, and there's also a nice little Dick Miller cameo for fans to watch out for.

With a sharp script, many wonderful, individual moments and pacing that perfectly delivers a number of little, eerie moments before building up to an all-out battle of a finale, the movie delivers just the right mix of fun, thrills and overall entertainment. Fans of sci-fi and horror will enjoy the fact that all of the main characters are named after the likes of Raimi, Carpenter, Cronenberg, etc and the more eagle-eyed viewers should easily spot a piece of graffiti exclaiming "GO MONSTER SQUAD".

It's not perfect though, by any means. What are the main flaws? Well, there aren't many scenes that are actually tense, even when things are supposed to be getting that way, and the last ten minutes or so are a bit of a let-down compared to the fun had beforehand. Despite those things, this remains the best parasitic, zombie-creating, alien horror comedy ever made. Yep, it's still better than Slither. 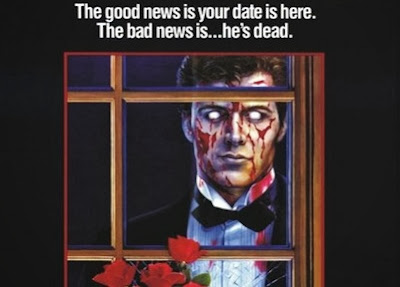