Halloween has always been a much bigger holiday over in America than it has been here in the UK, which is something I have always found a great shame. Thankfully, I do my bit when I can. October is a month for me to watch as many horror movies as possible, I try to watch Trick 'r' Treat or Halloween or one of its many sequels on the big night itself and I've recently started another tradition (I hope) of making things a bit spooky for my daughter and me to eat sweets, tell stories and have some horror-themed fun. It's a time for flickering candles, scary stories, scary movies and sometimes even a bit of fancy dress. The American Scream is a documentary about people who put me to shame with their Halloween activities. These people plan ahead and put a hell of a lot of work in to turn their homes into a "Haunted Home" for the evening, a place where neighbours and friends and trick or treaters come to test their nerves.

Victor Bariteau is the man to beat when it comes to Halloween experiences. He's a perfectionist and a talented craftsman and technician. That quest for perfection, however, causes him a lot of extra stress as Halloween draws ever closer. It's hard work and he demands a lot of himself, and others, but anyone who has ever been through one of Victor's Haunted Homes will probably say that it's all worth it in the end. Once they've recovered. Manny Souza is a man who stays not too far along from Victor and became infected with the Halloween Haunted Home bug a little while ago. He's not a perfectionist, but he tries to put quantity over quantity in an attempt to make it a great experience. Then there is Matthew Brodeur and his father, Richard. They don't make things with quite the same level of professionalism, but they have their heart in the right place.

Director Michael Stephenson makes this all seem to come together effortlessly, mainly because he's gifted with such good participants. Whether they aim for perfection or just some ramshackle fun, the people in front of the camera have an affection for Halloween that's infectious. It's a testament to how everyone is presented that viewers will soon stop wondering just why they put so much time and energy (and, often, money) into something so temporary.

If you're like me, and I know many people who are (thankfully), then you will enjoy spending some time with other people who set out to entertain and scare others for very little reward, save the satisfaction that comes from being "the best Haunted Home on the block."

It's not a documentary up there with the very best, it's just a bit too insubstantial and also fails to hold interest during scenes that show Bariteau attending seminars and considering how to turn his passion into a living, but it's a lot of fun and, of course, full of the Halloween spirit.

Oh, and be sure to check out Ghoulie Manor, if you're in the area. 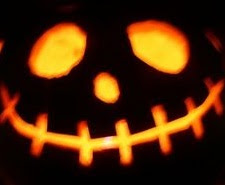