There are a couple of credits that appear after this movie in the filmography of the late Harry Dean Stanton, but I think that is more to do with the timing of the releases, which is why I would be happy if we can all agree that Lucky is his last main movie role, and it's difficult to think of a more fitting swansong for a career so full of memorable turns. It's a shame that he died approximately two weeks before this was officially released, as I am sure he would have been very proud of the final product.

The story itself is simple. Stanton plays Lucky, an old man who goes through the same daily routines as he deals with his old age, the fact that you can no longer smoke in many of the establishments that he used to enjoy smoking in, and how his friends are dealing with their own growing sense of mortality. Lucky is one of those little films that doesn't feel as if it says anything important, it's just the chance to hang out with a great character, but it has some wisdom buried in many scenes. And even if it didn't . . . just spending time with Stanton in a role seemingly perfect for him is enough of a reason to want to give it your time.

Logan Sparks and Drago Sumonja, both able to now list this as their first filmed script, have written such a sweet little film that it's hard to think of it not being personally shaped around Stanton and friends (David Lynch has a small role, as do Ron Livingston, Tom Skerritt, Beth Grant, James Darren, and Barry Shabaka Henley). It's a perfect combination of words and cast.

John Carroll Lynch is the one bringing it all together, making his directorial debut after many years of being "that guy" in a number of movies (you may not recognise the name, but you know him), and I hope he follows this up with some other directorial work. He has a great eye, certainly has faith in his cast of quality characters, and also has the patience to hang back and trust that viewers will wait through many quiet moments to enjoy some of the small, but wonderful, payoffs.

Stanton is a treat throughout, unsurprisingly, and his final moment here is just about as bittersweet as you could get. It's a truly fortuitous bit of cinema magic. Lynch gets on well alongside his good friend, not asked to stretch himself while he and others simply orbit the central character, and everyone else mentioned steps up to the quality of the material. Even Livingston, who I like but rarely view as a great actor, makes the most of a moment that allows him to deliver some of the best dramatic dialogue he has ever been given (to my knowledge). Yvonne Huff, Bertila Damas, and Ana Mercedes also deserve a mention for their work.

It's hard to separate my reaction to this as a movie from my reaction to it as a poignant celebration of the massive talent and wonderfulness of Stanton. Others may want to knock my rating down a point or two, but I'm happy to reassure fans of the star that this is an unmissable performance, as well as an amazing tribute to him. 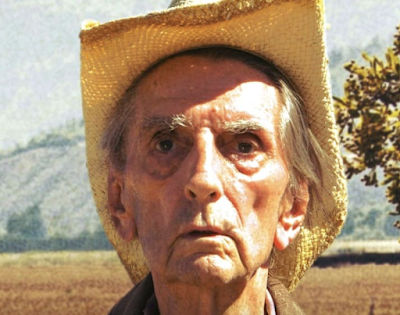