The more I think about The Inbetweeners Movie the more I think that I should have appreciated it just a little bit more. It made the transition from TV to the big screen quite successfully, never losing the spirit of the series while providing viewers with a few cracking set-pieces. This sequel is almost as good, although the set-pieces aren't as funny this time around.

Will (Simon Bird), Simon (Joe Thomas) and Neil (Blake Harrison) decide to head to Australia to visit their friend, Jay (James Buckley). Jay has been living a grand old life since they last saw him. He's always making out with beautiful women, he's a superstar DJ, and his mansion will almost certainly accommodate them all during their holiday. Of course, anyone who knows Jay knows that he's also a massive liar. Which is why the boys all end up in a reality far removed from the picture they had in their heads. Luckily for Will, he bumps into an old flame (Katie, played by Emily Berrington), which means that he starts to plan his activities around whatever she's going to be doing. Simon is dealing with his girlfriend from hell (Lucy, played by Tamla Kari - reprising her role, albeit with a change of character, from the first movie) over Skype, Neil is dealing with his IBS, and Jay is dealing with some feelings that he's never dealt with before.

Directed by the men responsible for writing the TV episodes, and also the first movie, this may not change the landscape of TV-to-cinema transitions, but it doesn't have to. Instead, Iain Morris and Damon Beesley give fans plenty of familiar fun, with the only main difference being the setting. Which is all completely fine when the main characters are always able to raise laughs in their different ways. It's only when the film goes for the gross-out gags that it really stumbles, in my opinion, with one sequence featuring a water park and that aforementioned IBS proving to be the low point of the movie.

Bird, Thomas, Harrison and Buckley all know exactly what they're doing, and all do it very well. They've been perfectly cast since the first TV episode, so it's no surprise to find that they can slip back into their characters with the greatest of ease. Berrington is fine as Katie, and Kari provides more amusement as an extremely jealous, aggressive girlfriend. Freddie Stroma plays someone who finds himself competing for the affections of Berrington, apparently, and David Field does alright as the foul-mouthed uncle of Buckley's character.

All in all, this is a film perfectly tailored for the fans. It's not up there with the finest comedies ever made, it's not even up there with the best of this year, but it's a fun time for just over 90 minutes, and one that doesn't try to disguise itself as anything else. Sometimes that's all you need.

While waiting to pick up the movie, grab the TV episodes here - http://www.amazon.com/Inbetweeners-Complete-Simon-Bird/dp/B0074JOD8U/ref=sr_1_2?s=movies-tv&ie=UTF8&qid=1409498292&sr=1-2&keywords=the+inbetweeners 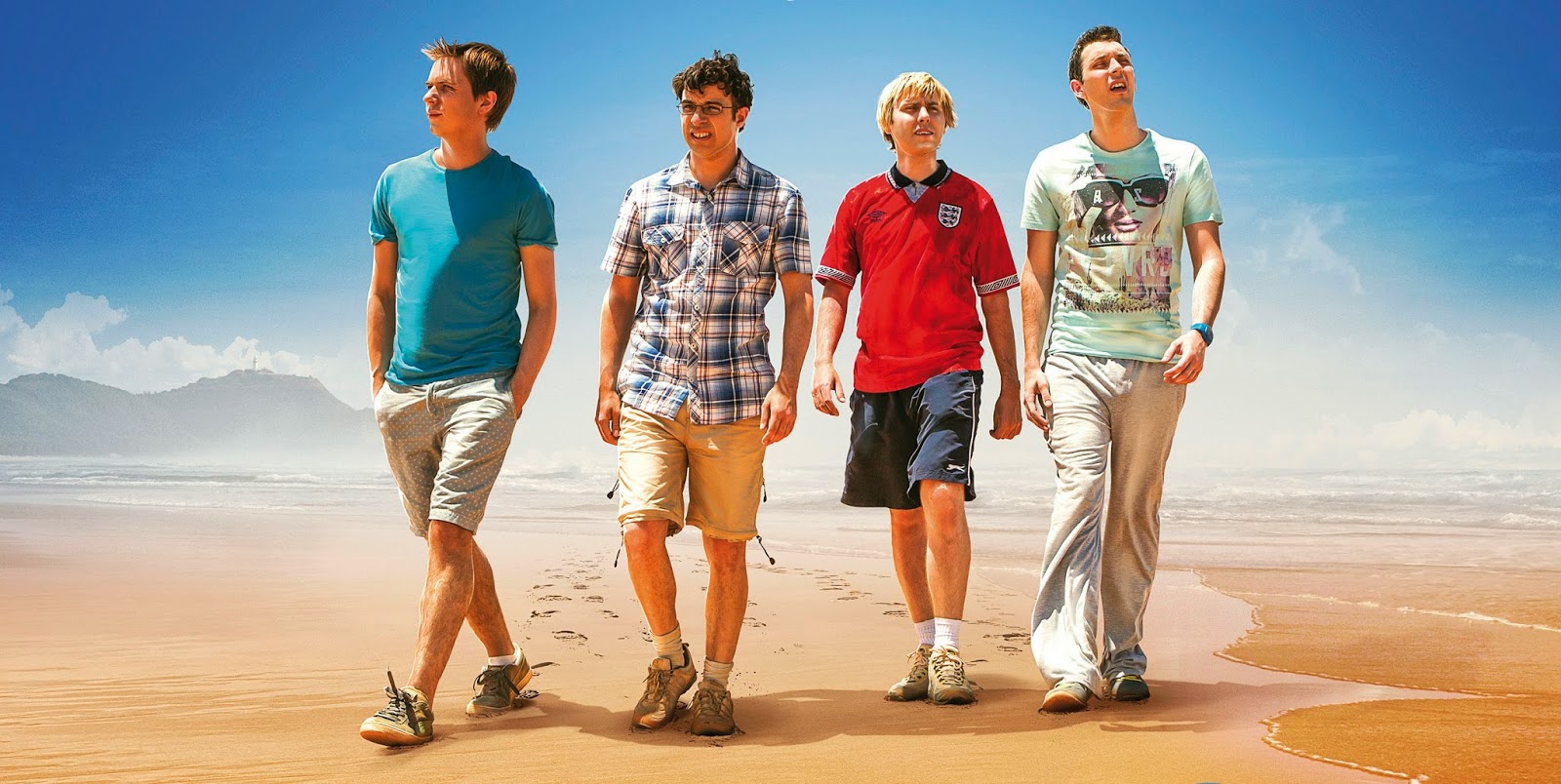