Based on a novella written by Stephen King (writing as Richard Bachman at the time), The Running Man may be a few sidesteps too far from the original material for literary purists, but it's a whole heap of fun, thanks to the fact that the premise was retooled into a star vehicle for action icon Arnold Schwarzenegger.

Directed by Paul Michael Glaser (who will, for many of us, always be Starsky from Starsky & Hutch), the plot concerns a wrongly-convicted Arnie (playing Ben Richards) being given the chance to appear on hit TV show, The Running Man. Of course, he's not really got any say in the matter. The host of the show (Damon Killian, played by Richard Dawson) will do anything for even higher ratings, and it soon becomes clear that the show has no winners, thanks to the way that footage is manipulated, contestants are smeared, and lies upon lies are spoonfed to the ever-hungry audience. Oh, and the aim of the show? Avoid death by avoiding the armed stalkers who are sent in after the contestants.

It may be lesser fare when compared to the other big sci-fi movies starring Arnie, but The Running Man has a lot to recommend it. The script, by Steven E. de. Souza, focuses on media manipulation and how it can be used to control society, but it's equally just about Arnie fighting big meanies and then throwing out his usual one-liners.

The direction from Glaser is fine, with the visuals accompanied by another great soundtrack by Harold Faltermeyer (the man best known for creating the Axel F theme for Beverly Hills Cop). He sets up everything briskly, and the visuals reflect the featured game show, with everything shiny and new on the surface, yet slightly grubby and cheap when the main characters see behind the scenes.

Arnie is still in his Arnold Prime phase here, and absolutely brilliant. Dawson, well-known as a popular TV host in America, does an excellent job of subverting his polished, showbiz persona. Maria Conchita Alonso is fine as a young woman who doesn't believe in the innocence of Ben Richards, until some things just don't add up, and there are supporting roles for names as varied as Yaphet Kotto, Kurt Fuller, Jesse Ventura, Marvin J. McIntyre, Jim Brown, Mick Fleetwood and Dweezil Zappa. Yes, you read those last two names correctly. They both have minor roles in this movie.

It feels slightly dated nowadays, and was never really built to hold up over the years as an enduring classic, but The Running Man also manages to overcome that aspect, thanks to both the sheer entertainment factor and the fact that the look at media manipulation is even more relevant than it was back in the late '80s. In a world stuffed full of Big Brother, Britain's Got Talent, and so many other "reality" shows, it's good to remember that it's all done with editing. 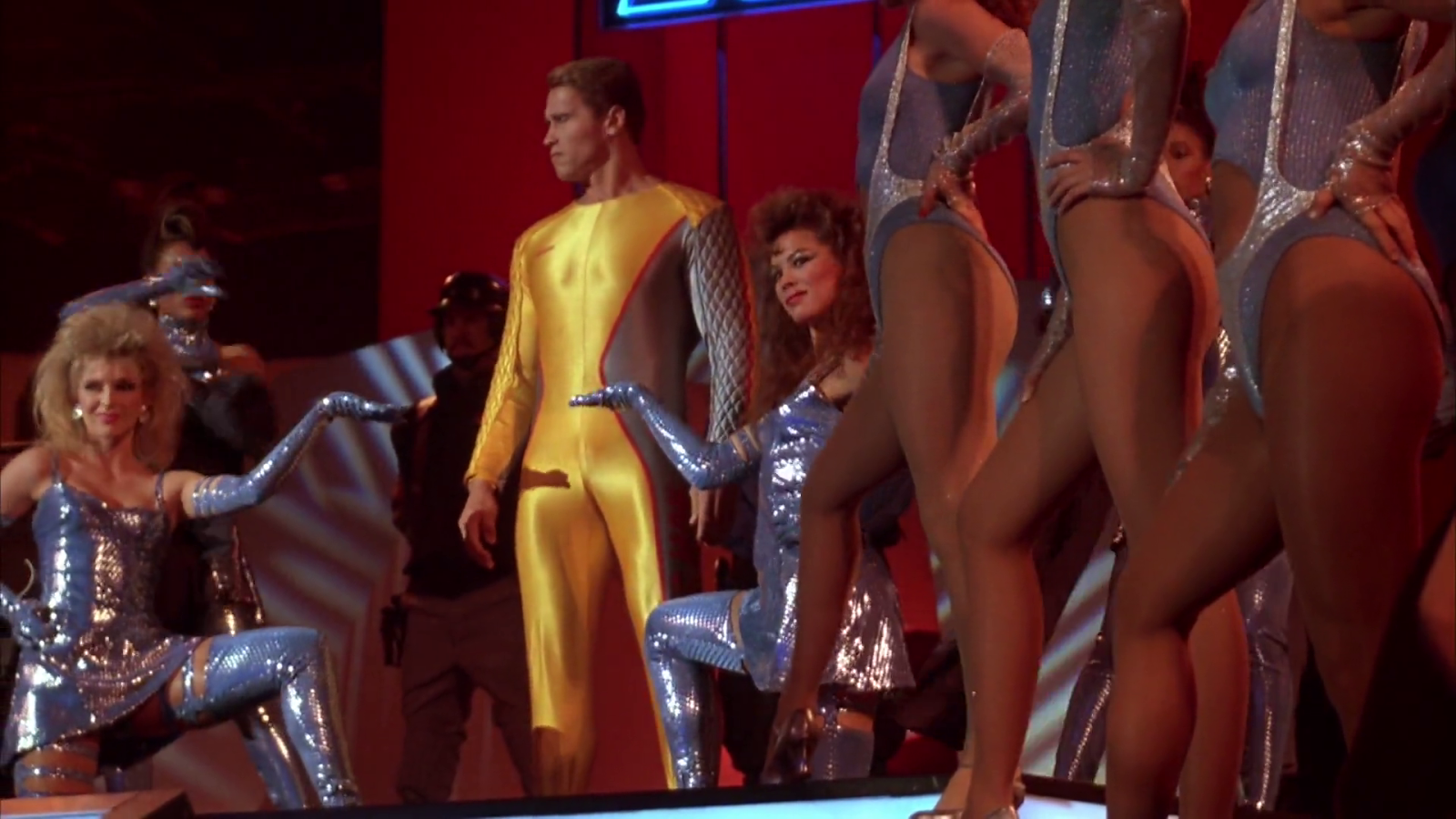