Metropolis is one of many movies that you can show to someone who doesn't believe that cinema from the early 20th century is worth spending time on. It's black and white, it's a silent film, and it's from Germany. It's also one of the greatest sci-fi movies ever made, and easily remains essential viewing for anyone interested in either the genre, or just cinema in general.

The plot concerns a world in which the fancy lives of those living in brightly-lit tower blocks is made possible by a mass of overworked, tired workers who sweat and toil through shifts that require them to grapple with the machinery keeping everything in order. One young man (Gustav Fröhlich) defies his father (Alfred Abel) and ventures down into the depths to see just what is happening with his own eyes. He witnesses the hardship, and experiences no small amount of physical pain, but he also finds his heart swelling at the sight of a young woman (Maria, played by Brigitte Helm). It soon becomes clear that Maria is a dangerous woman, inspiring many to think of a life other than the one they have become so used to. A plan is hatched to replace her with a robot, a creation that will give the working masses bad advice until they grow to despise her, possibly causing themselves some damage in the process. But will the plan succeed?

Directed by Fritz Lang, who created at least two absolute masterpieces of cinema when he made this and M, I can't stress just how magnificent this movie is. Highly influential, as many of the movies from the German expressionism movement were, and as vital and outright entertaining today as it was when first released, almost 90 years ago. Thea von Harbou (Lang's wife) did the bulk of the work on the script, adapting a novel she wrote expressly to see it made into a film. To make the first feature-length science fiction film may have seemed like a major task, but you wouldn't think that when seeing just how much Lang and Harbou decided to pack into every scene.

It's hard to compare the performances to those that we're used to nowadays. Remember that everything had to be exaggerated in the early days of cinema. The lack of any speech, apart from the written title cards, required everyone to be much more expressive. Yet, although it's a very different style to the natural performances that occupy so many modern movies, everyone deserves praise for a job well done. Helm, in particular, has moments of eye-rolling lunacy, but she has many other times when she conveys a sweetness and purity that makes her position among the workers an easy one to believe in. Fröhlich is a likable lead, Abel does solid work as the father who makes plans that he knows his son would hate, and Rudolf Klein-Rogge is a lot of fun as a stereotypical "mad scientist". Theodor Loos, Fritz Rasp and Erwin Biswanger offer some good support, playing three very different characters who help or hinder Fröhlich in his underground adventure.

Oh well, I'm almost at the end of this review and I look back at what I've just written, only to wince at how futile those paragraphs seem. Read up on the movie elsewhere, and find out from better minds than my own about the history and importance of this movie. Run through a checklist of films that it has influenced, or has been referenced in. Check out various editions of the film, including the version with a soundtrack selection overseen by Giorgio Moroder. I'll be happy if this review has inspired you to give the movie a viewing. But I'll be equally happy if I've simply inspired you to read a bit more about it, browsing until you read something by a better writer who subsequently inspires you to give the movie a viewing.

Ultimately, you owe it to yourself to see this movie. 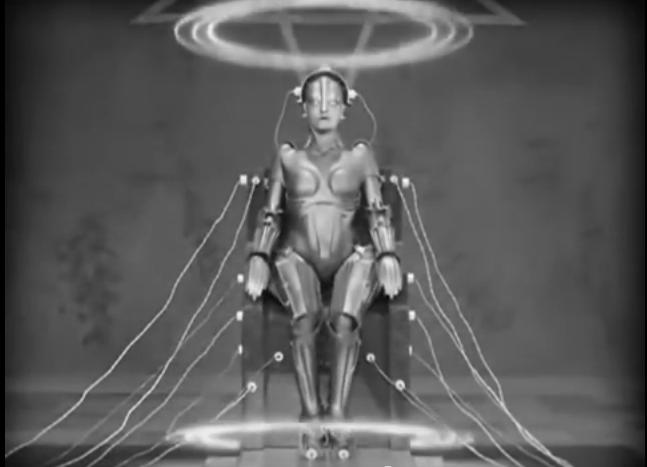