A sci-fi journey through ground already covered by Jumanji (which isn't surprising, they're both adapted from books by the same author), Zathura is, I think it's fair to say nowadays, the better of the two films. The fact that it's often forgotten about, or even dismissed, is a great shame, and I hope that maybe this review will spur one or two people to revisit it.

The book of Zathura may have been a direct sequel to the book of Jumanji, but don't worry if you haven't seen the latter before checking this out. The movies both work on their own, even if people who have seen both can observe the obvious similarities.

Let me get to the plot. Two brothers (Walter, the older sibling, played by Josh Hutcherson, and Danny, played by Jonah Bobo) are forced to spend some time together, waiting for their mother to come and pick them up from their father's house. Dad has to head off for something work-related, so he leaves the older sister (Kristen Stewart) in charge. Danny ends up finding a board game, Zathura, and starts playing it. He wants his brother to join in, which becomes pretty essential when it becomes clear that the board game isn't your usual piece of kit. Everything that happens in the game also happens in reality, making for some hair-raising moments.

Directed by Jon Favreau, which makes this a perfect transition between the family fun of Elf and sci-fi/superhero action of Iron Man, this is everything that you want from a family sci-fi movie. It's got a great concept, a wonderful mix of impressive practical FX work and impressive CGI, some nice lessons that are illustrated in an obvious, although non-irritating, way, and Kristen Stewart being cryogenically frozen for a few scenes (allowing viewers to make jokes about her being more lifelike and expressive than usual).

Hutcherson and Bobo both do well as the young brothers trying to survive the game. Stewart is, joking aside, just fine in her role, even if she's the least of the main characters onscreen, and Dax Shepard comes in at just the right time, playing a stranded astronaut rescued by the kids as part of the game. Even the father, a character moved out of the picture for the majority of the runtime, is played by Tim Robbins, making his few scenes all the better, thanks to him being Tim Robbins.

The script by David Koepp and John Kamps really helps to keep things ticking over nicely. Yes, this is a film in which some kids face up to one or two main issues, but it's not the kind of film to drag everything to a screeching halt while that happens. That's not to say that anything feels rushed. On the contrary, this is pitched perfectly towards the children and parents who make up the target audience demographic. The retro stylings of the sci-fi elements will certainly appeal to anyone who has fond memories of classics from the '50s and '60s, for example, while younger viewers will always enjoy the idea of a board game that leads to very real consequences.

Whether more people end up agreeing with me or not, this will always be the best movie about a dangerous board game causing real-life consequences as far as I'm concerned. I hope more people either check it out, or give it a rewatch at some point. 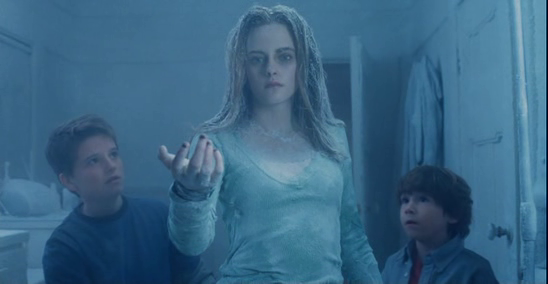