Clockstoppers has such a great idea that it's hard to imagine it failing, which makes the fact that it DOES fail so disappointing. Director Jonathan Frakes (still best known to many as Commander Riker from Star Trek: TNG) had shown such potential with his work at the helm of a couple of Star Trek movies, including one of the best in the series, but shows here that he's not quite as comfortable when away from the comfort zone of the USS Enterprise.

A scientist (French Stewart) has invented a device that can send people into "hypertime". It may seem like the rest of the world has suddenly frozen, but that's not the case. Everything else just moves really, REALLY slowly in comparison. Some others want to get their hands on this technology, of course, but that isn't something that young Zak Gibbs (Jesse Bradford) is aware of. He just finds himself with a watch that can almost stop time, and he starts to have some fun with it. While he's impressing the new girl at school (Paula Garces) and helping out his mate, Meeker (Garikayi Mutambirwa), Zak is also putting them all in potential danger.

The potential fun of this movie is twofold. First of all, bringing time to such a grinding near-halt is something that we'd all like to do. Secondly, anyone moving at such high speed then becomes invisible to those still running on normal time. Unfortunately, the writers - Rob Hedden, J. David Stem and David N. Weiss - take the premise and stretch it way beyond breaking point, breaking the basic rules of the time trickery in almost every scene, which makes suspension of disbelief pretty impossible.

Thankfully, there's still fun to be had, but it's a much more basic kind of fun. Some of the special effects are great, especially in the first few scenes showing Zak discovering hypertime, and a few pranks raise a smile, but most of the film is standard teens in peril stuff that could be pulled from 101 other films.

Bradford, Garces and Mutambirwa all do well enough, and Stewart does much better with his role here than he's done in other family films, but the one actor raising everything up a point is Michael Biehn, playing the main villain who wants to get his hands on the technology at any cost.

The good and bad aspects of the movie balance out to provide viewers with an experience that's distinctly average. The sad fact is that everyone involved, from the cast, to the writers, to Frakes in the director's chair, could have done a bit better. It wouldn't have taken too much effort either, which makes this flat end result all the more frustrating. 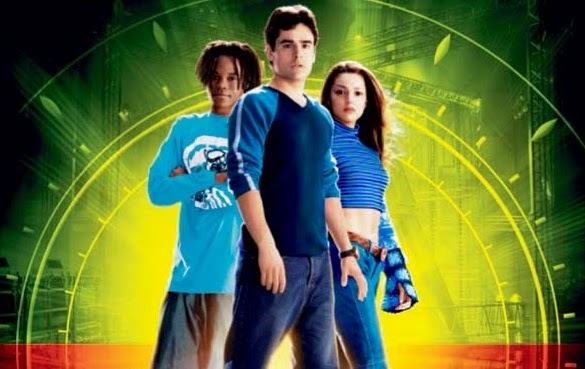