There are lots of people who love Invasion Of The Body Snatchers. They will tell you that it's one of the best remakes ever. I am not one of those people, although I DO really like the film.

Taking the classic plot, adapted from the book by Jack Finney, this interpretation of the material stars Brooke Adams and Donald Sutherland as the two main humans who stumble upon a subtle alien invasion. People are being copied, with bodies born and developed while the original human being sleeps, and the only indication that anything is majorly different comes from a lack of emotion. Can these two people, accompanied by some scared friends, inform the general public and put a stop to everything before it's too late? Or will they witness the development of a very different kind of i-Pod generation?

Directed by Philip Kaufman, there's no denying that this version of Invasion Of The Body Snatchers mixes the familiar elements of the plot with a number of touches that cement it firmly in the time it was made, the late '70s. Paranoia and cynicism were both running rife at this point. It was, in many ways, similar to the atmosphere of the '50s, which is probably why both versions work so well as two movies that are the same but different (if you know what I mean).

The screenplay by W. D. Richter doesn't waste much time, and builds everything beautifully towards a tense finale. Details are sprinkled liberally throughout every major scene that shows just how the invasion is supposed to move forward, and the science of the process feels much more scarily realistic, and visceral, than it did in the original movie. It's just a shame, however, that a lot seems to happen in such a short space of time, making the third act something of a foregone conclusion once viewers see the rapid exponential growth of the problem.

Adams and Sutherland are both excellent in their lead roles, with both offering believable performances as they stumble upon one oddity after another and eventually piece everything together. They're joined, for part of the movie, by Veronica Cartwright and Jeff Goldblum, who also do some great work. And then there's Leonard Nimoy, a suitable inclusion for two main reasons. One, he's a sci-fi icon. Two, he's best known for playing a character who doesn't show any emotion, making his role both ironic and nicely ambiguous (because it's hard to watch Nimoy onscreen and not still think of him as Spock, a character he will always be so thoroughly intertwined with). Art Hindle plays Adams' husband, and does solid work with his relatively small role.

While the special effects may not be up there with the likes of The Thing, The Fly and other great sci-fi horrors that would appear in the next decade, they're quite impressive. Used sparingly, the practical work is as life-like as it needs to be, without ever being given too much time in the spotlight. This isn't an FX showcase - they serve the story, and that's all (although, for those who have already seen it, there's one detail in the final half hour that remains one of the most enjoyably bizarre ever included in any version of the material).

There's so much to like here that I feel slightly guilty for not liking it quite as much as most sci-fi horror fans. Hell, the Kevin McCarthy cameo alone gives it a bonus point. Yet I just can't help yearning for the simpler, more streamlined execution of the story that we got with the original version. This film doesn't necessarily feel bloated, but the layering added throughout detracts slightly from the beautiful simplicity of the core premise.

Already enjoyed by so many, be sure to give this one a watch if you've missed it up until now. Or people may point at you and make strange noises.

Although anyone with multi-region capabilities should really go with the Arrow Bluray release. 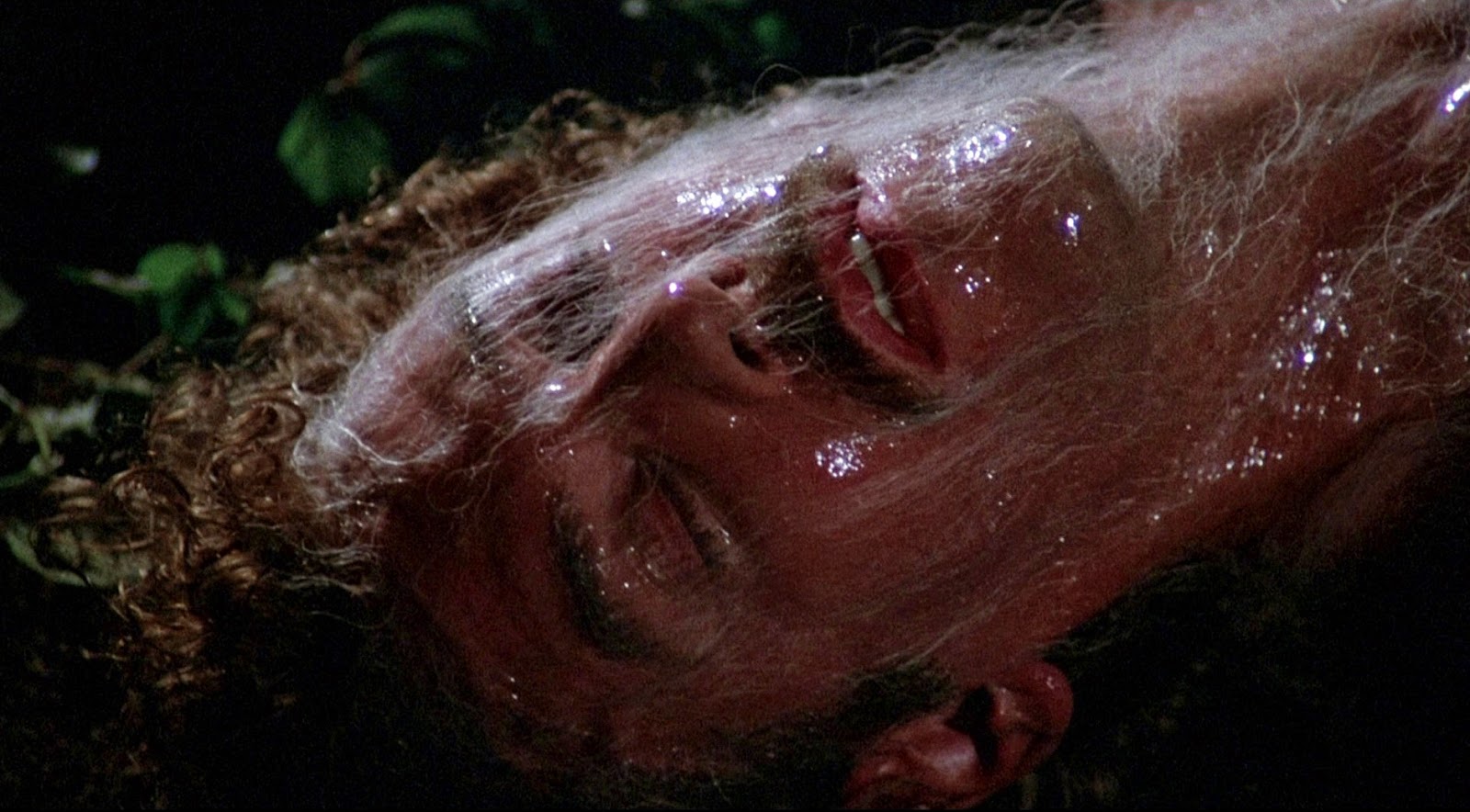 You know what you can do if you liked this review, or any of the other reviews here at For It Is Man's Number? Yes, you can buy my e-book, that has almost every review I've written over the past 5 years. It's packed full of gems (the movies, not the actual writing - hey, I know my limits) and very reasonably priced for the sheer amount of content.