Mixing the expanded ideas of the second movie with the smaller focus of the first movie, Riddick is a bit of a muddle film that doesn't seem to know exactly what it wants, leaving it as the weakest of the Riddick films so far.

Vin Diesel returns to play the main character, this time left for dead on a hostile planet after a series of events that are eventually explained in flashback. He needs to shake off the cloak of civility that he allowed himself to wear for too long, he needs to heal, and he needs to figure out a way off the planet. Inviting some bounty hunters along seems like a good idea. They'll want the price still on his head, affording him the opportunity to steal a ship and make good his escape.

Written and directed by David Twohy, who has worked closely with Diesel to keep this franchise on the right track from the very beginning, there are a lot of moments here that are fun for fans of the character. Seeing him wait for the bounty hunters to arrive, and watching his plan unfold, provides plenty of potential, but it's a shame that the movie then starts to seemingly wind down when it should be building towards some kind of impressive finale.

Diesel is great, once again, in the lead role. He loves the character, and always does well by him. Matt Nable does well with the most interesting supporting character, Jordi Molla is stuck with one cliche piled on top of another, Katee Sackhoff is in the mix to please her fans, Dave Bautista and Bokeem Woodbine both do solid work, and Karl Urban returns in a cameo role that allows the series to maintain a nice line of continuity.

The main problem lies with the script, which is repetitive, unmemorable, and overlong. It takes almost half an hour just to get to the more entertaining aspect of the plot, with the first quarter of the movie proving to be quite a chore to get through.

Then there are the special effects, which are a step down from the second movie. In fact, they also feel like a step down from the first movie. That's due to the fact that some of the insert shots are as unnecessary as they are unrealistic. It feels like a child showing off his new toy while everyone around him realises that Santa gave him the cheap, knock-off version of a popular brand.

Last, but not least, is the general issue with the pacing. I mentioned the first quarter being a chore, but the rest of the film also feels less entertaining than it could be, simply because so many moments are dragged out, or wedged in between other scenes that feel as if they should have been edited out completely.

We'll have to wait and see what lies in store next for Riddick, but I'll be very surprised if the next movie (if there IS a next movie) isn't an improvement on this one. 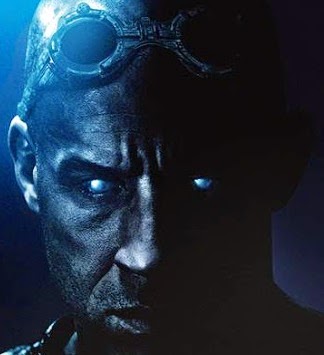