A found footage, sci-fi horror movie about, funnily enough, alien abduction, this is a film with one or two decent touches, marred by poor execution and a reliance on jump scares. It's also another one of those found footage movies that just uses the real names of most of the cast, allowing them all to avoid actually remembering the character that they're playing. The fact that it pales in comparison to Alien Abduction: Incident In Lake County, a movie released over 15 years before this one, speaks volumes.

Riley Polanski plays young Riley, a boy who keeps a videocamera running at all times. He's autistic, with the constant recording helping him to deal with the world around him. And that's why he keeps recording throughout their vacation, even when his family (father, mother, older brother and sister) has a frighteningly close encounter with some aliens. The aliens pursue the family, and continue to do so for the rest of the movie.

Directed by Matty Beckerman, Alien Abduction had potential to be something impressively scary. The first encounter with the aliens is unnerving and disorientating, but every major encounter after that just becomes reliant on the same mix of loud noises and bright lights, with further disorientation caused by the jittery camerawork, as opposed to the craziness of the situation. Those who dislike shaky-cam should probably stay away from this.

The script, by Robert Lewis, is pretty weak. Characterisations are poor, the second half of the movie is far too repetitive, and some moments will make viewers roll their eyes so hard that they'll end up looking at the back of their own skull (yes, there's even a horrible scene that's reminiscent of the most famous moment in The Blair Witch Project).

If the direction and writing are both weak, at least both are consistent. The central performances are all over the place. Jeff Bowser is at least a fun addition to the cast when he appears, playing a local resident who ends up helping the family, and Jillian Clare does a decent enough job as Riley's older sister, but the performances from Katherine Sigismund and Corey Eid are pretty poor. Peter Holden, who plays the father, isn't that great either, although anyone seems better when placed in a scene beside the godawful Riley. I'm not going to go on and on about his awfulness, he's young and has time to get better if he wishes to continue a career in acting, but it's bad enough to bring the movie down a further notch or two.

This isn't a film I can recommend. The stupidity and irritations start to build up within the first few scenes, and continue to pile up until the end credits roll. You'd be better off watching the night sky for strange lights. 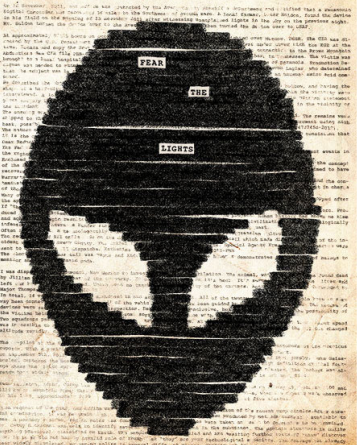