Derivative of a whole heap of sci-fi movies, Pitch Black takes all of its separate parts and mixes them together into something cool and highly entertaining. The casting of Vin Diesel in the central role of anti-hero Riddick is vital to that, but let's not take anything away from the script or direction.

A spaceship crash lands on a planet that seems permanently hot and sunny. Thankfully, it's due to have a major eclipse. Not so thankfully, it also happens to be inhabited by some dangerous creatures that can only come out in the dark. The passengers will all have to work together to stay alive, which may be a bit of a problem when one of them is a psychotic killer, Riddick, who probably cares for his freedom more than the safety of anyone around him.

Directed by David Twohy, who had already been brought to the attention of some movie fans with two previous sci-fi movies (Timescape AKA Disaster In Time AKA Grand Tour: Disaster In Time and The Arrival), this is a film that makes the most of budget, cast and premise to create a real treat for movie fans. The myriad of influences are nice to spot, the script - by Jim and Ken Wheat, as well as Twohy - is spot on, with almost every line of dialogue, or action, revealing something about the characters struggling to survive until the end of the movie.

Vin Diesel is the rock at the centre of the film. He's cool, likable, and also believably dangerous. Riddick is a great anti-hero, one that both Twohy and Diesel care a hell of a lot for, as evidenced by the work that has subsequently gone in to creating a full background and mythos for the character. Radha Mitchell does well enough as someone who tries to take charge of the situation, and she's someone I always enjoy seeing appear in movies anyway. As is Mr. Cole Hauser, here having fun once again as a man who wants nothing more than a way off the planet with Riddick still in his custody. Elsewhere, the cast is fleshed out by Claudia Black, Keith David, Rhiana Griffith, and one or two others. Nobody does a bad job, with everyone feeling like a real person instead of just a cardboard cut-out awaiting possible death from the impressive, vicious creatures.

The special effects are pretty solid throughout, with the practical work holding up better than some of the CGI, and everything onscreen is for the benefit of the story, from each piece of extra characterisation, to the lighting (of course), to the sound design, to the dry, rocky terrain, full of holes, that makes up the landscape of the planet.

Everyone pitches in (no pun intended), but I think it's fair to say that the majority of the praise can be heaped upon Twohy and Diesel for their efforts to give audiences such a memorable sci-fi character, dropped into such an entertaining first adventure. 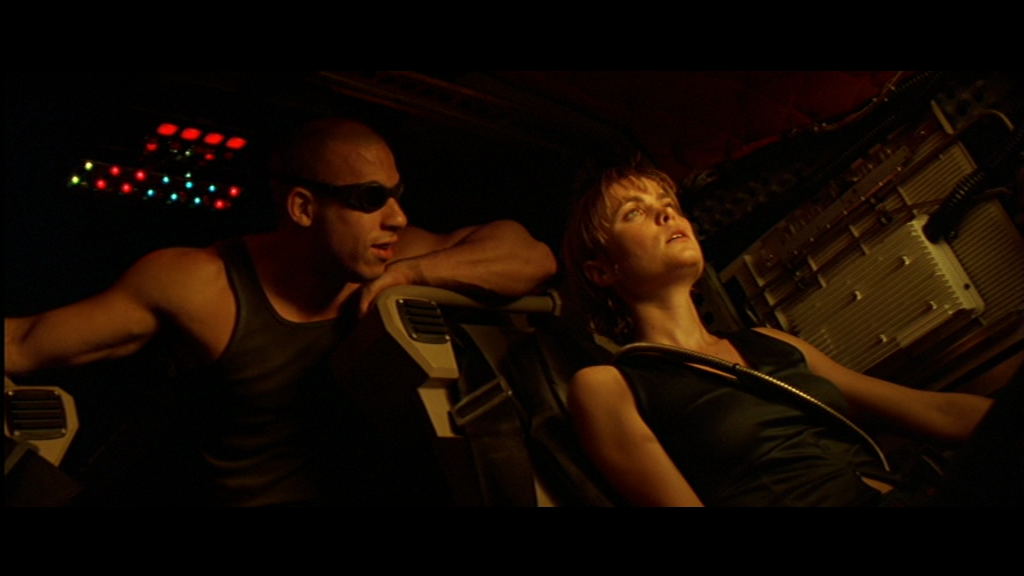