One of a handful of movies directed by special effects whizz Doug Trumbull, Silent Running is an impressive, influential sci-fi movie that gives viewers an unlikely eco-friendly message in the outer space setting.

Bruce Dern plays Freeman Lowell, an astronaut who has made it his personal mission to look after the botanical areas on the large spaceship that he's living on. The other crew members don't really care for, or respect, his lifestyle choice, but they leave him to it. Well, that all looks set to change when orders are received to destroy the greenery and head back home. It's an order, unsurprisingly, that Lowell doesn't want to obey. But how far will he go to preserve a small patch of nature?

Written by Deric Washburn, Michael Cimino and Steven Bochco, Silent Running is a very optimistic, almost naive, film for the time in which it was made. That's what makes it such a pleasure to watch, yet also such a chore at times. The motivation of the lead character is a bit hard to stay on board with, but you have to admire the fact that everyone involved with the movie keeps the focus on the perceived purity and nobility of his thinking.

Dern is fantastic as Lowell. He's a sweet, frustrated man, best in the company of silent plants and vegetation than the company of his human colleagues. While Cliff Potts, Jesse Vint and Ron Rifkin all share the screen with him for a while, and give solid performances, the other main characters aren't human at all. They are the robots that Lowell uses to help him in his daily duties - Huey, Louie and Dewey. Okay, people were inside the costumes (casings?) but you'll be thinking of them just as robots for every moment that they're onscreen. They feel like real creations, with just enough personality to make you also care for them.

Trumbull directs capably enough, but there are flaws that you can't help thinking may have been minimised/removed by a more experienced hand on the tiller. Despite running for just under 90 minutes it feels overlong in places. Then there are the soundtrack choices, with a couple of songs performed by Joan Baez taking away from the effectiveness of the visuals by making everything feel ever so hippy dippy in a way far too easily mocked (for those so inclined).

This is sci-fi at its sweetest. It's a film that uses the sterile, cold setting of space to remind people of how valuable the natural resources so abundant on Earth really are. Exploring space is all well and good, but let's also look after our home planet in the meantime. That's the main lesson here. Well, apart from the reminder that Bruce Dern is always well worth watching. 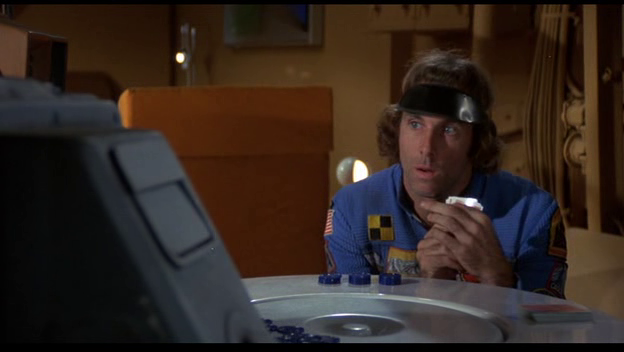