Director Bert Kish and writer Gayl Decoursey don't exactly have an extensive selection of films to their names (well, not in these specific roles anyway). That's quite surprising, considering the fact that, in a reversal of the film I watched just yesterday, they try to do their best with this story of a woman who ends up in a different life from the one she has been living.

Nicole Eggert is Paula, a tired and long-suffering wife and mother. She seems to feel that a lot of her unhappiness stems from the fact that her husband (Gary, played by Bret Anthony) isn't making enough money to solve all of their problems. Or get their bills paid. Her unhappiness is exacerbated when she runs into a rich ex (Nick, played by Brett Le Bourveau). Not that she had previously given him much thought, unless you count the bizarre selection of clippings she keeps in an artwork folder. Nick and his wife are back in town for a big show at his art gallery. As resentment and frustration starts to bubble up, Paula gives herself a bump on the head and wakes up, yep, married to Nick in a life that she thinks she has always wanted.

So . . . It's A Wonderful Life given another reworking? Yeah, pretty much, but it's not the worst premise to be working with for a Christmas TV movie. And it's well done here, with just the right mix of drama, comedy derived from Paula acting more than just a little crazy, and some decent characters. While Paula makes her own mess due to selfishness and envy, it's hard not to root for things to turn out well for her as she tries to make amends in a number of different ways.

Eggert is a decent lead, portraying a character often ill-at-ease in most of the situations that we see her in, and Anthony is handed the easy part of lovely bloke who remains a lovely bloke while lots of other changes occur. Le Bourveau is fine, and does just enough in the opening scenes to make his character seem just about desirable enough, Patricia Mayen-Salazar is good as the hired help who manages to keep Paula right while she gets used to her new life, and Kristina Barr is equally good as Janine, the ex-girlfriend of Gary in one life and his wife in the other.

Although it never rises above the level of TV movie, in terms of both the plot devices and the limited scale of the whole thing, this achieves what it sets out to achieve. That's no reason to shower it with praise, but it's reason enough to push it above a number of other, lazier, titles you could be choosing to watch at this time of year. 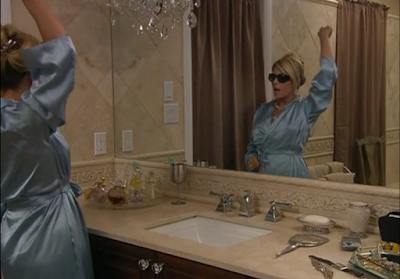