When I watch The Box Of Delights now I see the varying quality of the special effects, I can't quite block out the acting that often feels both a bit hammy and patronising, and there's a sense that the plotting somehow manages to stretch out material while also not giving viewers enough of the better elements. I see all of those things, despite looking through the muslin sheet of nostalgia draped in front of my eyes. And none of those things bother me. I KNOW a lot of affection for this is the nostalgia, really I do, but taking a step back and looking at The Box Of Delights while trying to keep that muslin sheet out of my eyes is bloody difficult. And, considering how others talk about it, I am not alone here. So let's take this review for what it is, something written about a beloved TV series I cannot bring myself to criticise too harshly. A show that led to six weeks of 8/9-year-old me asking for guaranteed 30 minutes of television time all to myself. A seasonal treat that an entire generation who saw it when it first aired here in the UK now think of as being synonymous with the best of Christmas (a sense of magic, being huddled in a warm home while outside was cold and dark, the BBC providing quality programming). Treat yourselves to both this and the old BBC adaptations of The Chronicles Of Narnia and you have quite a treat for yourself, as far as I am concerned. 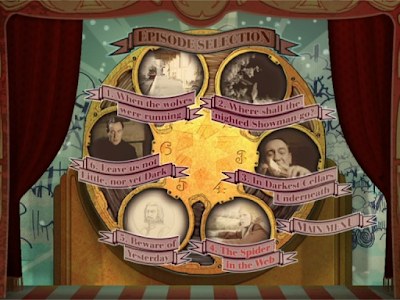 Without any further ado, here is the briefest of plot summaries. Devin Stanfield plays Kay Harker, a young boy who is travelling to stay with family during the Christmas break from boarding school. He bumps into an old man (Patrick Troughton) on his journey, unwittingly getting himself involved in an adventure to protect the titular box from the dastardly clutches of Abner Brown (Jonathan Stevens). Brown is being helped by a variety of baddies, including a couple of very shifty men, given the dubious names of Fox Faced Charles (Robert Stephens) and Chubby Joe (Geoffrey Larder), and a woman who used to be Kay's governess at one point (Patricia Quinn). By the end of episode one, Kay is given a hint of what the box can do, but he doesn't really have any idea of how powerful it can be. It allows anyone to shrink in size, to fly, to transform into other animals, to access the past, and more.

Based on the book by John Masefield, a sequel to his book The Midnight Folk, this may hit the ground running and move forward in a way that will have some people scratching their heads, but that isn't to the detriment of the show. While viewers are trying to piece things together, or figure out some gaps in the narrative, director Renny Rye lets the rest unfurl comfortably in between moments that either ratchet up the tension or make use of the latest special effects (for the time). Although dated and sometimes crude now, it's still obvious just what would impress younger viewers back in 1984, and there's a simple beauty to some of the animation work that crops up throughout the series.

There's also a simple beauty to the moments that have stayed so vivid in my memory over the years. Herne The Hunter (Glyn Baker) providing a bit of exposition, the idea of wolves literally following the trail of our reluctant hero, unfriendly rodents of unusual size, and one friendly rodent who seems to be of unusual size only after Harker has used the box to shrink himself, clergymen being whisked away and held captive, and more. The special effects don't actually matter in many of these instances. Once you get on board with the fantastical feeling of the whole story then you start to become engrossed and eager to see what happens in each exciting instalment. 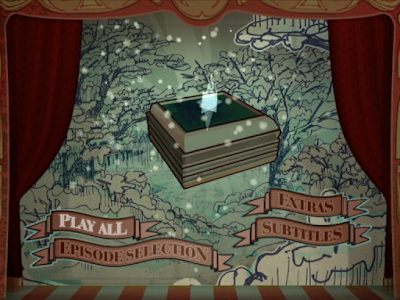 While the cast are all acting in line with the BBC drama approach of the time, especially for this kind of literary adaptation (children's book or not), nobody can really be picked out for stinking up the screen. Stanfield actually does quite a good job of making his posh young character quite likable, and the performances from Troughton and Stevens always emphasise their opposing positions in the camps of good and evil. Stephens and Larder are enjoyably sneaky, Quinn does well with her relatively limited screentime, and everyone else hits their marks and delivers their lines.

I've tried to emphasise the nostalgia factor here, but I have also tried to remind people of how deserving of praise this really is. Effects and visuals will always date, acting styles change throughout the years, but the essence of the story, and the wonderful spirit of the whole thing, remains untarnished, even over three decades later. I can't swear that my high rating will be shared by anyone just discovering the series for the first time. I can, however, say that it reflects my feelings for it, and that it is something I will certainly invest time in whenever I remember to keep a window in my future Christmas schedules.

And let's not forget this theme music. 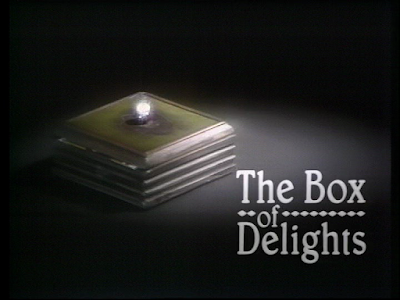