The debut feature film written and directed by the sickeningly talented Bo Burnham, who has previously been at the helm of a number of comedy specials (and not just his own), Eighth Grade succeeds where others fail thanks to the way it looks at very modern problems in the lives of young teenagers while also showing that these things don't ever change the personal journeys, the battles, that almost every one of us will go through during those difficult years.

Elsie Fisher plays Kayla Day, the young girl who is just trying to survive until the end of eighth grade, looking forward to a fresh start at high school as she takes turns trying to fit in with various crowds and then simply not caring what others think as she stays true to herself. She has a loving, concerned, father (Josh Hamilton) but doesn't seem to have any friends. Her online videos haven't really taken off either, although she keeps making them. It's recognisable stuff, often painful, and a reminder that other kids suck when you're a kid. Thank god I didn't grow up in the age of social media. I am sure there are some moments I would never have lived down, and it was tough enough for me as it was (spotty horror fan with curly hair and not a lot of money . . . winner winner chicken dinner).

I'm not sure whether he thoroughly researched the current situation, whether he got lucky with his writing, or whether he is just so young that he remembers everything vividly, but Burnham has crafted a film here that seems to replicate the standard experience for many who are in that position of both dreading the impending transfer to high school while also hoping for it to sweep away all of the crap that has been endured for the past few years. Of course, it can all go horribly wrong on day one, but that doesn't stop you clinging on to that shred of hope.

Burnham is also helped here by one major factor. His casting. Let me be as clear as I can here. Fisher is a goddamn star, giving a performance that keeps you alongside her for every step of the way, even while she is making mistakes and lashing out in a state of distress. At times seeming wise beyond her years, at other times reminding you that she's very much a child needing protected from the world and the predators that are always out there, Fisher gives a better teen performance than any other I can think of. And I've been thinking on it for a fair amount of time. Hamilton is wonderful as her father, in terms of both performance and the character. It's a sweet central relationship, which comes complete with a speech in the third act that will be recognisable to any parent who has ever tried to placate an upset child and TRY to allay their many insecurities. There are other people in the cast, and they're all good, but the film belongs to Fisher and Hamilton (but mostly Fisher).

The tone is perfectly judged. Burnham knows how far to take things, in terms of how uncomfortable or cringey it will be, and when to then pull back. Not only that, viewers are rewarded by at least one character moment that is akin to a knockout punch finally being delivered by Rocky Balboa, it's THAT satisfying, and the film ebbs and flows beautifully between the thunderclouds that look set to stay over Kayla's head for a long, long time and the rays of sunshine that push through, and warm up and energise her spirit, to remind her that the weather changes. It changes all the time, and even just knowing that Kayla realises that is enough to save this from being too downbeat and difficult to watch.

There's some other movie out this week (I think, something to do with superheroes) but don't let the 1001 screenings of that make you forget all about this. That film will be there for weeks. This one won't be given the same exposure or schedule.

Americans can already get it here. 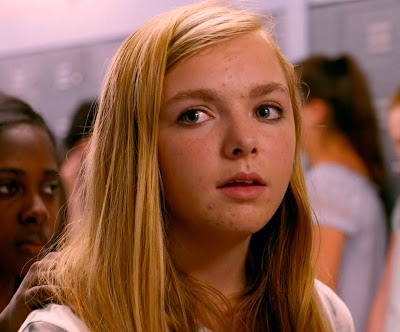