I have often started my reviews by discussing the process that leads to me picking certain films. It will depend on the genre I am in the mood for, the runtime, my need to complete any specific film series, and much more. Which is why I opted for Blood Clots. I hadn't heard of it before and I read that it was an anthology, which felt perfect for my frame of mind last night. I'd been a bit stressed and just wanted to unwind with some simple pleasures. As we all know, an anthology is good because if you hate one segment then you have a chance of enjoying the next one that comes along.

Here we have a number of horror tales that have all been released by Hewes Pictures, that's the connection between them. Seven tales, covering zombie outbreaks, cannibalism, slithery creatures, werewolves, and Lovecraftian figures, as well as some deadly jellyfish (in what is arguably the silliest and least effective of the segments). Highlights include "Still", a tale of a musical statue trying to avoid becoming food while zombies munch on others around him, and "The Call Of Charlie", a short film I had the pleasure of seeing a few years ago at Dead By Dawn (the horror festival here in Edinburgh).

Unfortunately, this has more misses than hits. The first tale - "Hell Of A Day" - is a particularly poor start. The second - "Never Tear Us Apart" - is a slight improvement, with a couple of good gore gags making up for the weak punchline. "Blue Moon" is much better, a fun idea, if an obvious one, that is just hampered by the lack of budget. Things wind down again, slightly, with "Time To Eat". And then it's a strong jump to top form with the excellent "Still", followed by the weak "Hellyfish", and finishing up with the wonderful "The Call Of Charlie".

You don't have any wraparound tale, and each segment is simply presented with title cards introducing them (Clot 1, Clot 2, and so on), so it really is up to each individual section to impress the viewer. Sadly, not enough of them do. What you have here are two great segments, one good one, and the rest ranging from decidedly mediocre to really quite poor, which isn't a good enough ratio for this kind of thing.

On the plus side, the runtime is brief, meaning none of the individual segments really outstay their welcome for too long, and at least whoever assembled these into anthology movie form had the good sense to end with the best short, even if it is also the quirkiest.

Having now looked through the catalogue of short films that have been released by Hewes Pictures, I applaud their wide and varied selection. The great short film is an art well worth mastering by people, whether they stay their and enjoy that format or want to move towards feature projects. So I recommend checking out all of their titles whenever you have small chunks (clots?) of time available to you. I just don't think this was the strongest mix to push together into an anthology feature.

Blood Clots is available on Prime Video, I don't find any disc release for it. 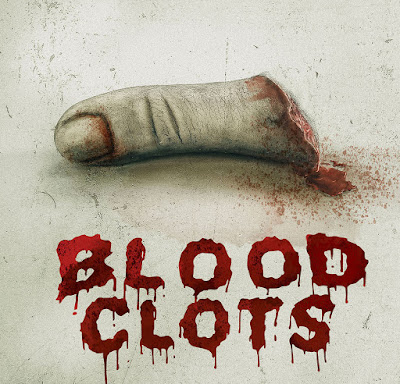