When it was released almost a decade ago, The Dead was an impressively unique, and tense, zombie movie. Set in Africa, it managed to stand out in a mass of shambling undead horror films. If Last Ones Out had been released some time before The Dead then maybe we would view that in the same way. Maybe it would be the one to hold up as a fine example of what can be done within the parameters of a standard zombie film. Or maybe it would still be as easy to dismiss as it is today.

Greg Kriek plays Henry, an American who is due to undergo an operation to remove his appendix while he's in Africa. Before that can happen, however, a viral outbreak turns the country into a zombie hotspot, leaving him to flee to safety with three relative strangers (Sunet, played by Christia Visser, and Siseko, played by Tshamano Sebe, and Vincent, played by Vukile Zuma). Can they avoid the zombies and reach safety? And will Henry be able to move on with his appendectomy left undone?

Last Ones Out isn't a bad film, not when you consider the obvious limitations on the budget and resources that must have been available to writer-director Howard Fyvie (billed here as Howard James Fyvie). He's scraped enough money and talent together to make something that is at least half-decent and well-intentioned, but we all know where good intentions can lead. What Fyvie hasn't done, unfortunately, is spent as much time as possible tweaking his script and plotting out a worthwhile tale that can carry viewers along from start to finish through a mix of thought-provoking situations and standard cannibalistic cadaver conflicts.

He also hasn't put together a strong enough cast. Kriek is far too hard to like, thanks to the mix of script issues and a performance that doesn't help matters. Visser, Sebe, and Zuma all do better, largely because they're not the standard lead players, and there are also decent supporting roles from everyone else who gets involved with the action.

There's one standout scene, I think it's at approximately the halfway point, which involves some off-the-cuff medical attention being given in an unsuitable, and vulnerable, location but the rest of Last Ones Out is disappointingly bland and cliched, whether it is the way people deal with others who may be infected, the behaviour of the selfish character who could endanger everyone while being so stubborn and careless, or even the flashes of feral viciousness that show when the zombies have prey in their sights.

Not enough is done with the setting, there's nothing new added to the subgenre, and I would have to say that, despite having a level of skill and polish that so many other, cheap, zombie movies lack, Last Ones Out should be one of the last you check out from any pile of potential new horror viewings.

Here's a much better African-set zombie movie, at a bargain price. 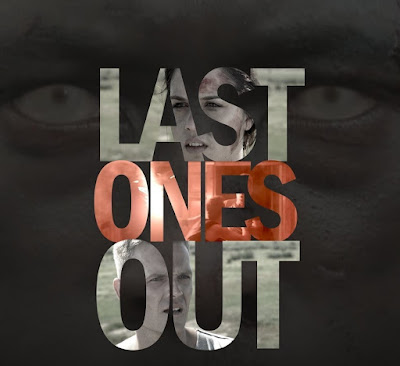