It's a zombie movie that takes place during a workplace Christmas party, so I'm counting it as a Christmas movie.

Considering that Christmas celebrates a figure we could acknowledge as a superstar zombie (although there's no mention of any craving for brains after the resurrection), it is perhaps surprising that there aren't more movies mixing the living dead with the tinsel-adorned festivities. Mind you, when we have films as bad as Silent Night, Zombie Night and Santa Claus Versus The Zombies, maybe we should just be thankful.

Stalled is nowhere near as bad as those movies just mentioned. It's actually an enjoyably different spin on the zombie movie, focusing on a man (credited as W.C, played by Dan Palmer) trapped in a toilet stall while zombies starts to pile up around him. There's a woman in a nearby stall talking him through a few ideas, but this is, essentially, a one-man movie for the most part.

Palmer also wrote the movie, which is directed by Christian James (the two men having worked together on a variety of movies since their feature debut, Freak Out - a flawed, but enjoyable, horror comedy). Unfortunately, I can't say that this movie shows any major improvement in their skills, other than some ingenuity in being able to take the slight premise and stretch it out for just over 80 minutes.

The acting is okay, if I'm being nice, but bear in mind that I AM being nice. The various zombie effects are pretty poor, but one or two gore gags provide some amusement, and the attempts to create some interesting backgrounds to the main characters are appreciated, if not entirely successful.

Basically, Stalled is a film with some good intentions, but not-so-good execution. It starts to stretch credibility within the first 10-15 minutes and then has nowhere else to go, leaving the film as inert and ultimately useless as W.C.

It's not as funny as it thinks it is, it's not as enjoyably gory as it could be, and it's not deserving of some of the praise that I've seen heaped upon it this year, in my opinion. It's a one-joke film, with that joke being almost enjoyable enough to make it worth a watch.

Stalled is currently streaming on US Netflix and also available to pre-order from Amazon at this link - http://www.amazon.co.uk/Stalled-Blu-ray-Dan-Palmer/dp/B00GY4N1FM/ref=sr_1_2?ie=UTF8&qid=1387577223&sr=8-2&keywords=stalled 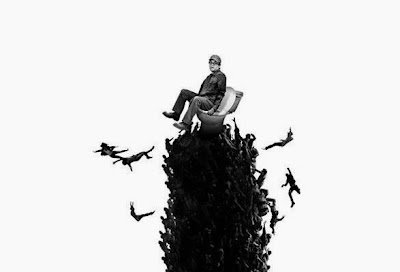