While it's obviously intended to be a fun, diverting bit of family entertainment with a sprinkling of magic that helps everyone keep a smile on their face while the end credits roll, All I Want For Christmas instead ends up being one of the more annoying movies to hang such a slight premise on the sagging branches of a small, tired, skinny Christmas tree.

The plot concerns two annoying children (played by Ethan Randall, better known nowadays by the name Ethan Embry, and Thora Birch) who just want their parents to get back together. The girl played by Birch, the younger of the two children, decides to ask Santa (Leslie Nielsen), but her brother knows that it's up to them to make their Christmas wish come true. And so they set a plan in motion, a plan that they hope will reunite their parents and allow them all to live happily ever after. It involves rodents, deceit and ditching their mother's new boyfriend (played by Kevin Nealon).

This is a tough one to watch, mainly because Randall and Birch are two of the most horribly smug children to appear onscreen. Birch has the excuse of being young and precocious, when this was made, but Randall just seems to go out of his way to be irritating while not doing very much at all. The fact that the movie also features the most horrendous, and slightly disturbing, rendition of "Baby, It's Cold Outside" is the icing on the cake.

Director Robert Lieberman makes no attempt to cover up the flaws in the script, by Robert Lieberman and Thom Eberhardt, and subsequently leaves everyone out to dry as the movie slogs towards a predictable, flat finale (that COULD have been enjoyable and/or moving if the leads had been slightly likable).

Leslie Nielsen has fun with his small amount of screentime, Nealon is amusingly easy to want out of the picture, and Harley Jane Kozak and Jamey Sheridan are okay as the separated parents that the kids want back together, but it's poor Lauren Bacall who suffers the greatest indignity, taking part in that aforementioned musical moment alongside Birch while being sorely underused throughout the rest of the movie. Andrea Martin doesn't do too badly, as a potential love interest named Olivia, but it's far too difficult to see why she would be attracted to Randall's smug demeanour.

Not one that I'd recommend, unless you enjoy being annoyed to the point of distraction by lead characters. 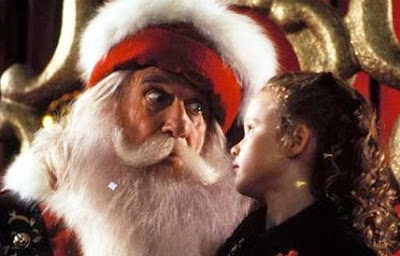