The Christmas That Almost Wasn't is a fun tale all about Santa (Alberto Rabagliati) doing his best to raise the rent money required to avoid eviction by the nasty Phineas T. Prune (Rossano Brazzi). He is helped in his quest by Mrs. Claus (Lydia Brazzi), of course, and a lawyer named Sam Whipple (Paul Tripp).

As the jaunty theme tune started up and some animated credits rolled, I had no idea what to expect from this little movie (a random Netflix choice). As soon as the movie properly began I started to wonder just what I was letting myself in for. It doesn't allow any time for viewers to acclimatise themselves to the fanciful, childish nature of the material, instead throwing them headfirst into a conversation between Santa and Mr. Whipple about the dire situation that may put an end to Christmas. This pays off, however, because there can then be more time devoted to the musical moments and the race-against-time plot.

The musical numbers are often a bit clumsy, but there's also fun to be had in their childish simplicity and playfulness. Intentionally or not, the film captures a number of elements that work well in terms of how young children think and play.

The acting isn't bad, but it's a film that suffers from some clumsy dubbing, like so many from this era. Rabagliati is a kindly Santa, Tripp is nice enough as Mr. Whipple, Lydia Brazzi is a sweet Mrs. Claus and Rossano Brazzi is enjoyably mean as Mr. Prune. Mischa Auer may seem a bit too stern and strange to be the elf foreman, but he's so quirky that his presence is an added bonus, and completely in line with the slightly off-kilter nature of the whole thing.

Brazzi, as well as playing the big baddie of the piece, also directed and wrote the script (based on a story by Tripp). Nicely mixing a few moments of model work and stop-motion animation with the live-action style that makes up the majority of the film, it feels very much as if anything necessary to get the story told was utilised.

The end result is an enjoyable Christmas flight of fancy that deserves to be better known. 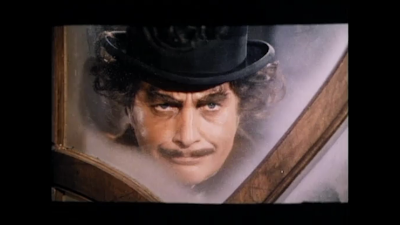