Leslie Nielsen stars as Santa Claus in this predictable, slightly below average, TV movie that at least makes for a time-filler if you're stuck indoors in December and have absolutely nothing else available to you. Written by Debra Frank and Steve L. Hayes, it does benefit from Nielsen's sweet central performance, but there's very little else to recommend it.

Steven Eckholdt plays Peter Albright, a TV news reporter who doesn't like the Christmas season. This is all due to the fact that when he was a young boy he once saw a woman take the letter that he'd written to Santa and throw it into a roaring fire. Peter has a relationship developing with Claire Dreyer (Robyn Lively) but he can't seem to get along with her young son, Zack (Max Morrow). When Santa (Nielsen) falls off his sleigh and lands right beside Peter's car, Peter senses a news story. Of course, he doesn't think that the man is Santa. He just thinks that he's an old man in a Santa suit who has lost his memory. Which is also what Santa himself thinks. If Santa doesn't remember that he is Santa by the time Christmas Eve comes around there may be a lot of people disappointed when they wake up on Christmas morning.

Directed by William Dear, this ticks all of the boxes that you'd expect it to. The main character is, of course, a non-believer who viewers will expect to be converted by the time the end credits roll, there is mild amusement to be had from people thinking that the amnesiac Santa is great at being Santa and there are some elves on a rescue mission. Unfortunately, the biggest mistake that the film makes is having a central character who is so easy to dislike. Albright is childish, selfish and generally an unfriendly sort. You may want Santa to figure out his own identity, but I doubt anyone will want to see Albright find happiness.

Eckholdt doesn't do anything to help, his performance in the main role is colder than it needs to be, and that is really what drags this movie below average. Because it's a relatively harmless film, but the character of Albright makes it an unenjoyable one, at times. That's almost offset by the performances of Nielsen and Lively, but not quite.

If you discover this one while channel hopping one day, I recommend that you keep channel hopping to see what else is on. There are many better Christmas movies available. 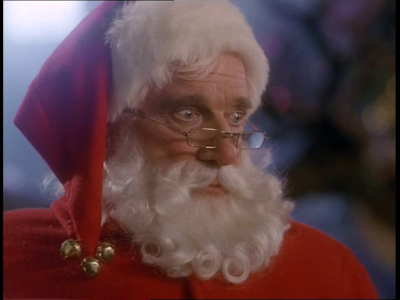