Directed by Doug Liman, and written by John August, Go is often described to people as a teen version of Pulp Fiction. Seriously, you'll find that phrase in almost every major review of the movie, so I decided not to buck the trend here. It's got drugs, some violence, plenty of dark humour, a great soundtrack, and a few main events shown from the viewpoints of different characters, which all means that the comparison point is a good one, even if Pulp Fiction is itself hugely influenced by a multitude of movies to have come before it.

Anyway, let me try to describe the various escapades. First of all, we get Ronna (Sarah Polley) looking to make some quick money as she faces eviction over the Christmas holiday season. She seizes her chance when a couple of guys (Scott Wolf and Jay Mohr) come into her work looking for her colleague, Simon (Desmond Askew). Simon often sells drugs so when these two potential customers start to enquire about any other potential supply avenues, Ronna decides to arrange a sale. She then has to buy product from dealer Todd Gaines (Timothy Olyphant), which puts her at serious risk if anything goes wrong during the proposed exchange. Things go wrong. Meanwhile, Simon is having a blast in Las Vegas with his friends (Taye Diggs, Breckin Meyer and James Duval). Vegas is such a glorious place to be, as long as nothing goes wrong. Things go wrong. There's more to discover here, but part of the joy of the film is finding out how the tales are interconnected and just what changes when seen from a different viewpoint.

Liman and August do a fantastic job here, keeping the energy levels up without the film every feeling hyperactive, and peppering conversations with great lines and references without it feeling overly-stylised. They also take a number of standard situations that we've seen done many times before and manage to give each one a twist, often weaving confidently between the sublie and the ridiculous. All of this would be impossible if it wasn't for the fantastic ensemble cast, taking the material and elevating every bit of it.

Polley, Wolf, Mohr, Askew and Diggs have rarely been better, and Olyphant is as great as he always is. Then we have William Fichtner as a slightly strange lawman, Jane Krakowski as his equally strange wife, Nathan Bexton as a pill-popper who hallucinates about conversations with cats and dancing with strangers to the Macarena, and even Katie Holmes does okay in her role. There's even a small, fun role for Melissa McCarthy that's worth looking out for.

There's one character I have yet to mention, and that is the soundtrack. Jam-packed with cracking tunes, Go has one of the best soundtracks of the 1990s. It's one that I listen to a lot, and it's also one that perfectly complements the visual style of the film. From the opening Columbia Pictures logo to the closing credits, this is another film that proves just how important the perfect song choice can be.

It's worth noting that what I find fun and cool could just as easily be viewed as tiresome and annoying by someone else. This is a film I used to recommend heartily to everyone until I started to realise that not everyone was won over by it in the same way as I was. I still heartily recommend it, but now do so with the standard, usually unspoken, proviso: No film is for everyone. 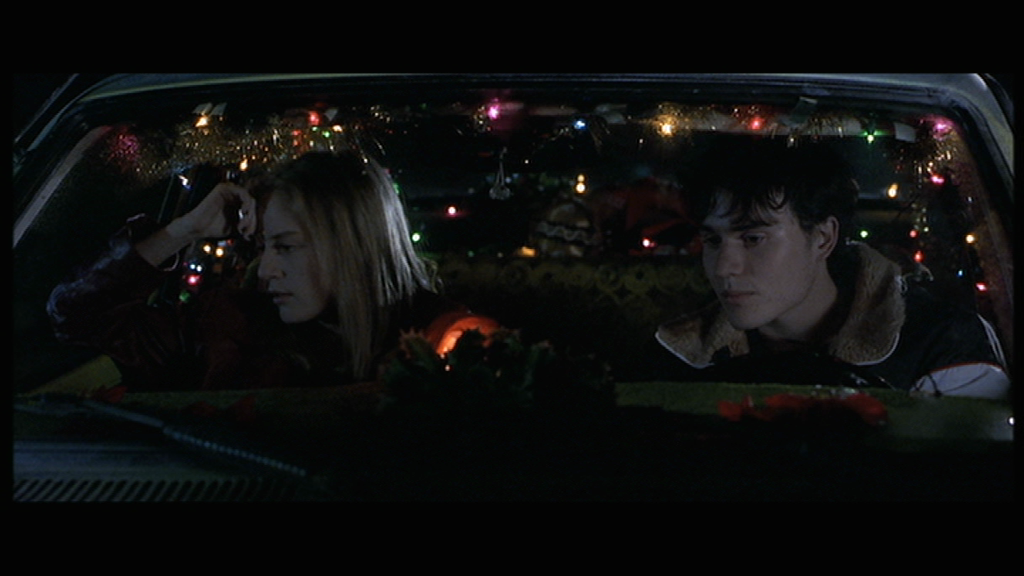