Daniel Whitney seems to have done quite well for himself in the guise of Larry The Cable Guy, a character so popular that he gets credited with the roles that Whitney performs in most of his movie appearances. Because Whitney is actually playing Larry PLAYING whichever character he's been designated in whichever movie he's been chosen for.

So the biggest problem I had with Jingle All The Way 2 was Larry, the kind of comedy character created specifically to appeal to a large section of America. Some will identify with him, some will laugh AT him, and many will laugh WITH him. Yet he's not the kind of comic creation that we appreciate here in the UK. Not to my knowledge, anyway.

But here's the rub. The biggest problem is also the biggest plus point for the movie. When not going for the laughs, there's a big, albeit misguided at times, heart beating in the chest of that big ol' American boy. And that big heart, let me tell you now, helps this movie edge slightly ahead of the film that precedes it. Despite the very basic core element being the same, a father after the latest must-have toy for his child, this film does a better job of clarifying that it's actually about parental love as opposed to materialism.

Larry plays . . . . . . . . Larry, a dad who wants to treat his daughter (Noel, played by Kennedi Clements) how she deserves to be treated at Christmas. It's especially important this year, due to the fact that Noel now has a step-dad (Victor, played by Brian Stepanek) who can afford to buy her anything she might possibly want. Well, she seems to want a talking bear toy. Larry is determined to get her one. Upon hearing of this, however, Victor is equally determined to stop Larry from achieving this goal. And so begins a frustrating time for Larry as he resorts to increasingly desperate measures in order to get his hands on something that he thinks his daughter wants more than anything else in the world.

Whitney/Larry is good enough in the main role here. Okay, his humour isn't my thing, but the sweet centre is hard not to warm to, especially in the context of a Christmas movie. Clements is equally sweet, in fact a bit sweeter, as the little girl perplexed by the actions of the adults around her. Stepanek is given the role of bad guy, and plays his part well, while Eric Breker is his right hand man, the one charged with getting those toy bears cleared from every shelf, and he's suitably stealthy and shady, for the most part. Anthony Carelli (AKA Santino Marella), Kirsten Robek and Rachel Hayward, among others, also do just fine in their roles.

The script by Stephen Mazur (and some other uncredited contributors, apparently) is a bit clumsy and uneven, with a number of the gags not really playing out as well as they could, and a finale that feels a bit rushed, but the direction from Alex Zamm, and the constant work put in by that bloody character I also class as a major problem, is enough to keep the whole thing ticking over pleasantly enough.

It doesn't quite do enough for me to call it a good movie, but this is at least decent enough entertainment for anyone who saw the first movie and is also a fan of Larry The Cable Guy. 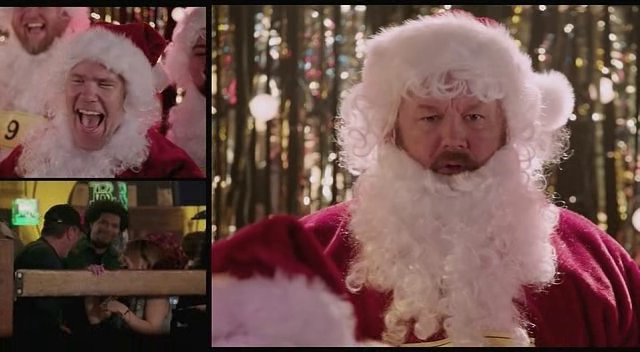 And/or you could also buy my e-book, that has almost every review I've written over the past 5 years. It's very reasonably priced for the sheer amount of content. It may not be Larry The Cable Guy approved, but it's not too bad, honest.