If you saw Becoming Santa in the past few years then you probably owe it to yourself to watch this, similar, outing. Directed by Tommy Avallone, with a lot of input from Santa-loving Mick Foley (yes, THAT Mick Foley), this is a documentary that looks at a handful of men who look forward to the last month of every year, that time when they get to play Santa once more and give joy to the many children they meet.

So who are these men? Well, there's Russell Spice, a man who really doesn't seem to have much going for him apart from his Santa gig. I don't mean to sound nasty. Spice has had his share of bad luck, it seems, and as the documentary covers a full year we get to see him struggle to find a step back up the ladderof life. Even his Santa job may be in jeopardy. Then there's Jim Stevenson, also known as (to me, at any rate) Big Lovable Gay Santa. Stevenson is such a sweet man, and has many moments when his emotions bubble up to the surface as he talks about his life and the love he has for his partner, who stays too far away to make regular visits possible. Frank Pascuzzi takes his Santa duties so seriously that he legally changed his name to Santa Claus. Seriously. And Bob Gerardi is a real estate agent who enjoys putting on the suit and hat when equired. Oh, and Mick Foley gets his share of screentime, obviously.

While this isn't a terrible way to spend 90 minutes or so, by any means, it just never feels as if it delves deep enough into the psyche of men hardwired to be Santa. Most of the main participants give some background details, telling us when they realised that they could be a good Santa, but it still somehow feels like just skimming the surface. Perhaps that's because the selection isn't big enough to cover more interesting ground. It's obvious that Avallone thinks he has enough characters to work with, but only two stand out - Stevenson and Spice. Pascuzzi AKA Santa Claus is a nice enough guy, but he just seems like so many other men who found out that they were good at something and went overboard in attempting to be the best at it. Gerardi, on the other hand, just always feels like a real estate agent with a nice Santa suit on. Foley is fun, and his enthusiasm for the joy of the season proves to be the most infectious. There's also a moment with 'Rowdy' Roddy Piper that will raise a smile on the face of any fan.

I Am Santa Claus is good. It's just not great, and I'm surprised that we haven't had a great documentary on what it takes to play Santa during "the most wonderful time of the year". Call me cynical, but it has to be a job full of just as many lows as highs. Where is the footage of the day an excited toddler threw up all over Santa? What does Mr. Claus do if he had too much coffee in the morning and keeps needing to nip to the loo? What about those having to use false beards, just how do they stop the kids from tugging at them constantly? And COULD anyone get away with being as bad as Billy Bob Thornton? I want the Santa documentary that also shows me THAT stuff. In the meantime, I guess this will do. 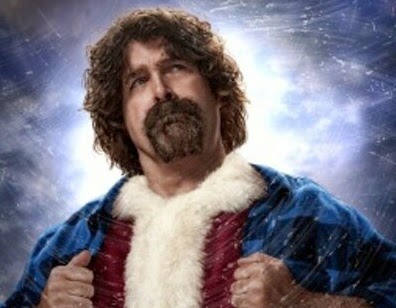