Ashley Scott plays Kristi North, a young woman who has the job of replying to children who have written a letter to Santa. Kristi takes her job very seriously. So seriously, in fact, that she could end up causing a potential backlog at the mail office, something that the manager (Lochlyn Munro) doesn't want to happen. So he asks Matt (A. J. Buckley) to find out a bit more about her, and just what exactly she might be up to. It turns out that she just genuinely loves Christmas, and wants to make as many children happy as possible. But does that include Emily (Piper Mackenzie Harris), the young niece who has been staying with her Uncle Matt ever since her parents died? All she wants is for her uncle to meet someone special.

As ridiculous as it is predictable, Christmas Mail manages to be a fairly painless experience thanks to the main cast members. Buckley is easy to believe as a sweet and earnest guy, North is as cheery and cocoa-obsessed as required, and even Harris isn't too annoying as the girl trying to plan some way for her uncle to meet a good woman. Munro is pretty funny, playing the nominal villain of the piece, and Rolonda Watts is another bit of good cheer. Vanessa Evigan also gets some screentime, for no other discernible reasons than to provide the standard confusion/complication required in this sort of fare, but she's given very little to do.

The script, by Lorene Lacey and Steven Palmer Peterson, feels quite slapdash. It's almost as if they had the germ of an idea and then decided to flesh it out with minor touches they'd seen in other Christmas movies. Someone taking a great interest in the letters to Santa isn't a new idea, of course, but that doesn't mean that it has to be executed as lackadaisically as it is here. I mean . . . . . . it's SO lackadaisical that I had to check the spelling of the word "lackadaisical" to put here, as it was the most appropriate choice.

Director John Murlowski does nothing to pep things up. The only other plus point, aside from the cast, is the fact that is somehow still moves along nicely enough. Okay, there are one or two mildly amusing moments too (mainly involving Munro and/or Watts, but a dinner arranged for Matt and an elderly neighbour also made me smile), but not enough to make this one of the better choices you could make while organising a potentially crammed viewing schedule. Yet, like so many other films just like this one, it would probably work as background noise while you're battling with wrapping paper and sticky tape. Is that the real reason behind so many of these filmic baubles being made? Or do I just keep reverting back to the same scenario because I'm a poor writer with little imagination? Maybe both. Either way, you've been suitably advised about this one. 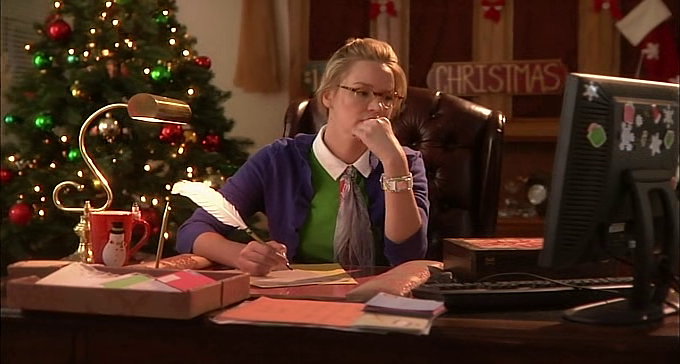