Janet Leigh plays Connie, a young woman who is employed to shop at other stores and compare goods. She's a very nice kind of corporate spy. And Robert Mitchum is Steve, the salesman who knows exactly what she's up to as soon as she takes a toy train off his hands. That would be that, I guess, except for the situation that develops when she tries to return the train the next day. Steve becomes involved in Connie's life, meeting her young boy (Timmy, played by Gordon Gebert) and the man (Carl, played by Wendell Corey) who wishes to marry her, despite her reluctance to let go of the memory of her deceased husband.

Holiday Affair is the kind of light entertainment that shows how easy it can seem to get everything just right. A lot of the charm comes from the leads, but the pacing and fun script help a lot. One exchange in particular, one that occurs when Steve and Carl first meet, had me laughing aloud. Based on a story entitled "Christmas Gift" by John D. Weaver, Isobel Lennart provides a script that rattles along too briskly to allow viewers too much time to start picking things apart. Director Don Hartman goes with the flow, allowing the cast to carry the material without ever requiring them to lift anything too heavy.

Leigh is on fine form here. She's sweet and earnest, as a confused woman who wants to do the best by her son, but also doesn't want to leave her past completely in the past. Mitchum is at his best, as laid-back as usual, never holding back when it comes to saying what he means and meaning what he says, and very kind to everyone around him without ever appearing saintly. Corey also does well. He can't compare to Mitchum, although he does his best with a role that doesn't take the easy route of making him into any kind of major ass. Gebert is your typical gap-toothed, all-American kiddiewink from this era, and he's just fine. And it's worth mentioning that Harry Morgan has a small, but fun, role, because Harry Morgan is always worth mentioning, in my opinion.

I WAS going to end this review by commenting on the premise and plot developments not standing up to close scrutiny, with my main point being that they don't have to. The film keeps providing enough fun to ensure that nobody is overthinking things. Yet, it has to be said, this is actually one of the less fantastical seasonal movies that I've seen. The more I think about it, the more I realise that I think it entirely plausible. Okay, maybe not entirely plausible. But it's a Christmassy treat that manages to feel magical and delightful without having to include any angels, miracles or Santa Claus. Which is kind of a miracle in itself. 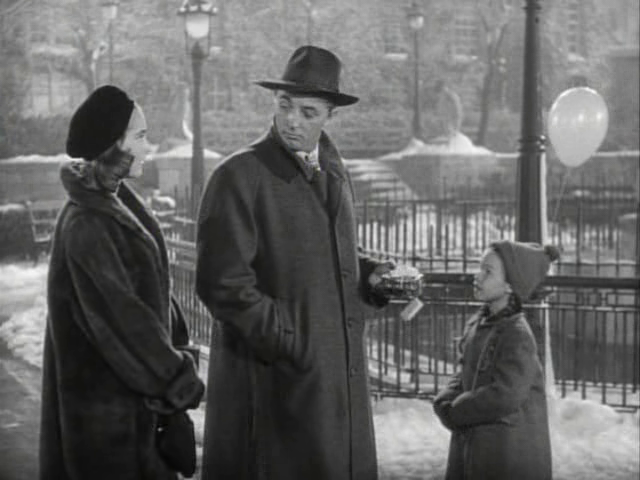 Go on, you know you should really buy my e-book, that has almost every review I've written over the past 5 years. It's very reasonably priced for the sheer amount of content.
The UK version can be bought here - http://www.amazon.co.uk/TJs-Ramshackle-Movie-Guide-Reviews-ebook/dp/B00J9PLT6Q/ref=sr_1_3?s=digital-text&ie=UTF8&qid=1395945647&sr=1-3&keywords=movie+guide