Bill Murray is on top form here as Vincent, an old curmudgeonly type, in this heartwarming tale. You could say that it's a film you've seen many, many times before, and it is. But the main difference here is that the main character doesn't change. The moral of the message isn't about changing for the better, it's about our perception of people changing as we get to know more about them, from their backgrounds to the deeds they may not talk about.

Vincent likes to drink, gamble, spend time with a pregnant hooker (Naomi Watts), and generally get up to things that are no good for him, either health-wise or financially. Which makes him far from an ideal babysitter. Yet that's what he becomes when his new neighbour (Melissa McCarthy) is stuck at work and has nobody else to look after her son (Jaeden Lieberher). And, yes, it's not long until Vincent seems to change as he and the boy begin to develop a friendship. Or so it would seem. As mentioned above, it's perception that changes more than any of the characters here, but that doesn't change the overall outcome of the film.

Writer-director Theodore Melfi, who seems to have honed his skills on a number of shorts after making a decent impression with his feature debut, Winding Roads (1999), puts this all together with great care and skill. Yes, it's a pretty simple premise to work with, but he makes the most of it, thanks largely to the great cast and the ever-so-slight twists given to overly familiar moments.

Murray is an actor I have happily watched in any movie for the past two decades. He rarely lets me down, and this performance sits up there with the best of his dramatic work. There are moments, especially in the earlier scenes, in which it feels a bit too affected, but that soon wears away as Murray seems to become more and more comfortable in the role. Lieberher is great as Oliver, the young man who sees Vincent in a different way from so many other people around him. McCarthy needs to mix more films like this into her filmography. She's just brilliant in a role that doesn't ever use any of her comedic talent, allowing her a chance to show just how good she can be without shouting, swearing or acting like a slob. Watts has fun, Chris O'Dowd does well as a Catholic Priest/schoolteacher, and Terrence Howard is just fine for the few minutes he has onscreen.

There's a pretty good soundtrack here, with one or two songs standing out, camerawork that feels nice and relaxed without ever dragging, a number of great lines scattered throughout, and a third act that is as moving as it is fairly predictable.

If you're a sucker for this kind of movie then it's one of the better examples to give your time to. I'll admit that I had a lump in my throat on a couple of occasions. Mind you, I'm a sucker for such emotional manipulation. 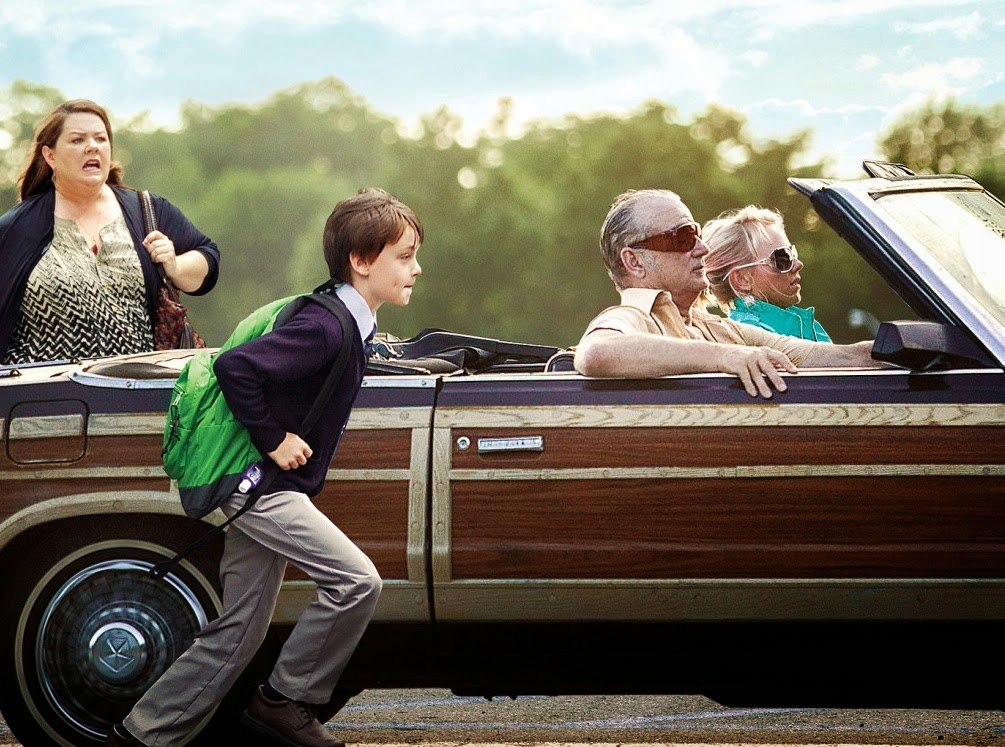