John Landis is a great director. Well, he WAS. It's been a while since we saw him working at his prime, but Trading Places is one of his best movies. In fact, if Landis hadn't also given us a classic werewolf flick and The Blues Brothers then this could well have been his crowning achievement.

The story is quite simple. Two rich old men (the Duke brothers, played by Don Ameche and Ralph Bellamy) make a bet over the effects of nature vs. nurture. To test their theory, they take their shining employee Louis Winthorpe III (Dan Aykroyd) and ruin his life. Louis loses his job, his fiance, his money and most of his self-respect in a series of humiliating trials all set up by the Dukes. At the same time, Billy Ray Valentine (Eddie Murphy) is plucked from his hustling, hand-to-mouth lifestyle and offered almost everything that Louis had. The two have traded places, hence the title of the movie. Will Billy Ray become a success, or will he abuse his position to make even more money for himself? And will Louis turn to crime as misfortune piles upon misfortune?

Although it runs for almost 2 hours, with editing never being a strong point for Landis, this zips along at a cracking pace, with quality gags written into every scene, some subtle and some front and centre. This is partly thanks to the script, by Herschel Weingrod and Timothy Harris, but equally thanks to the performances from everyone involved.

Murphy is at his best, the early '80s was arguably the peak of his career, and he delivers almost every line with confidence and sass. Aykroyd just about avoids making you hate him during the opening scenes of the movie, although it's a close call, and it gets easier to enjoy his company as things unravel for him at greater and greater speed. Ameche and Bellamy are delightfully horrid schemers, playing brilliantly off one another from start to finish. Denholm Elliott also does well as the butler who starts off attending to Aykroyd and is then told to take care of Murphy instead, and Jamie Lee Curtis set many hearts a-flutter as Ophelia, the "hooker with a heart" who takes pity on Aykroyd and tries to help him out of his current jam. Paul Gleason is as good as he always is, James Belushi monkeys around in the third act, Kristin Holby is the fiance ashamed of Aykroyd's downward mobility, and there are a couple of cameos worth keeping your eyes peeled for (as usual with a John Landis movie).

For getting the best out of his cast, and treating the material so well, Landis has to be credited with doing a good job here. He certainly had a knack, at one point, of getting great scripts into the hands of the right people for the roles, which does half of his work for him, in my book. There's nothing spectacular here on the technical side, but it's all smooth and well put together. Most importantly, it's all constructed perfectly around the performances and the gags.

If you haven't yet seen this movie then I implore you to get to it as soon as you can. It's an enduring comedy that hasn't lost any of its power in the past few decades. And it then provides you with an extra laugh whenever you get around to watching Coming To America. 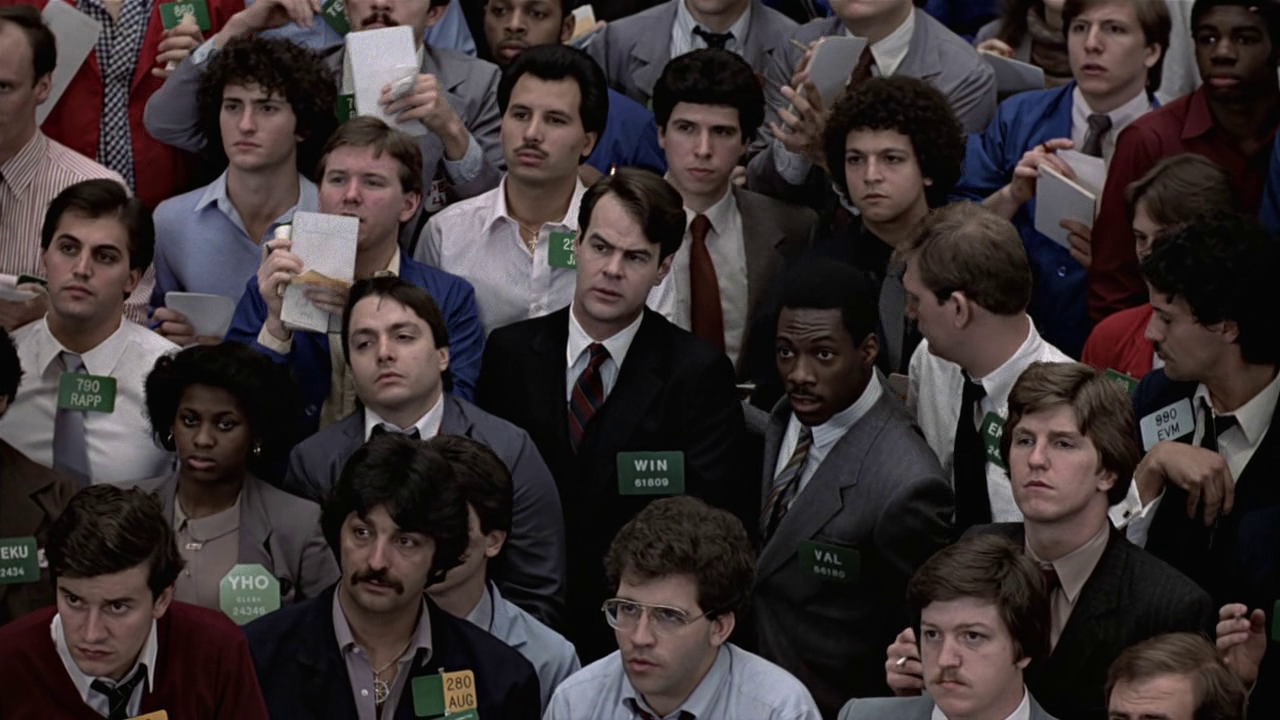