I'll start this review with a disclaimer. This is a movie that I've been able to find out very little about. None of the credits were translated on the print that I viewed, and the little information I have here was gleaned from some time spent scouring the internet (not always the most reliable source of information - which is something easy to forget).

Happy Ero Christmas is a South Korean movie that stars Cha Tae-hyun as a police officer who falls in love with a young woman (Kim Seon-a) who works in a local bowling alley. Unfortunately, the young woman has also caught the eye of a local gangster (Park Yeong-gyu), a criminal that Tae-hyun is intent on arresting after a childhood incident that has stayed with him throughout his entire life. In fact, it was the reason that he became a police officer. There are also sub-plots about a young man who thinks he just wants to experience sex until he starts to realise that there's something more, and a young woman trying to win a "Miss Spa" competition.

Directed by Lee Geon-dong, who also co-wrote the screenplay, this is a strange film for the way it takes material that could have easily been very dark, and violent, and generally keeps things light enough for teenagers to enjoy. It's a 15-cert that could have easily been an 18, to use the standard classifications here in the UK. Many may hate this approach, but I found it pleasantly surprising, albeit jarring during the scenes in which things turned more serious. Sadly, there's no real style to the film, nothing tying it together. Some scenes have good visuals, some don't, and the same can be said of the audio. This leaves it feeling like a sloppy mix of ill-suited ingredients.

Tae-Hyun is good enough in his role, Yeong-gyu also does well as the stern, calm gangster that we've seen in many other movies, and Seon-a is nice enough to be the romantic lead, I guess. She starts off a bit aloof, but soon shows some warmth once she meets our hero. There are other people onscreen too, and all of them do well enough, but the focus is never too far away from the central love triangle.

Although I quite enjoyed this movie, it's hard to think of anyone else I would recommend it too. It's not quirky and bright enough for those who like ridiculous comedies. It's not violent or disturbing enough for those who like that kind of fare. And it's not good enough in any other way to make it a film that you should prioritise on your viewing list. There's a chance that some people will simply enjoy it as I did, although there's an equal chance that I'm on my own with this one. Such is the ignorant bliss of the easily pleased. 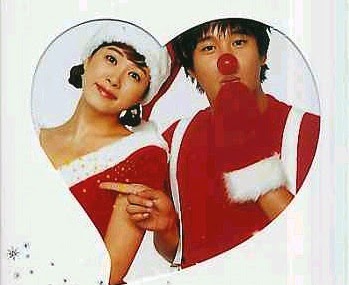