All of the main players return for this meander through familiar territory. Jason Bateman, Jason Sudeikis and Charlie Day are now about to go into business for themselves, hoping to make a success of their Shower Buddy invention. They're made an offer by Rex Hanson (Chris Pine), which they refuse. They're immediately made a more attractive offer by Rex's father, Bert (Christoph Waltz), and they seize that one with both hands. But things aren't quite what they seem, which sees our incompetent trio attempting to turn to crime once again, this time with a spot of kidnapping on the agenda instead of murder.

Director Sean Anders, who also helped to write the screenplay with John Morris, has done a surprisingly decent job here of avoiding the usual pitfalls of comedy sequels. Yes, it replicates the beats of the first movie, but it does so in a way that never feels as if it's trying to desperately outdo what came before. Perhaps downgrading the main crime from murder to kidnapping dictated the planned perimeter of the gags, or perhaps everyone involved was just so busy having a good time on set that they had faith in the humour being infection, instead of planning the film around a few set-pieces.

Arguing over walkie-talkies about potential codenames, Bateman distracting a group of people by talking about pretend sex addiction, Jonathan Banks being a tenacious cop, a wonderful moment bringing people together with the power of Predator - these are just a few of the highlights.

As well as the lead trio, Kevin Spacey also returns to raise a few laughs as the "original" horrible boss Dave Harken, Jennifer Aniston brings more filthy chuckles as sex-pest dentist Julia Harris, and Jamie Foxx has more fun as "Motherfucker" Jones. They all come back on top form, and are given a few great scenes each. On the other hand, Waltz is sadly wasted in his role. He does well enough, but is only really a motivating factor for the plot and nothing more. Pine, who gets much more screentime, makes up for that slight disappointment with his performance, which is hilarious at times. The biggest laughs, however, come once more from Day. Bateman and Sudeikis get their share of funny lines, although once again Bateman is stuck trying to be the voice of reason at times, but it's Day who seems to always make the most of every line/reaction to events.

Let's not mince words here. This is glossy, mainstream stuff. It's aiming to be a crowd-pleaser. That's an aim that I think it succeeds in achieving. There aren't many BIG laughs, although many of the gags had me laughing out loud every few minutes, and anyone who doesn't like it can write it off as yet another lazy sequel. Yet I think fans of the first movie will easily find plenty to enjoy here. It's a no-brainer, which I realise is another criticism that anyone disliking this movie can level at it. 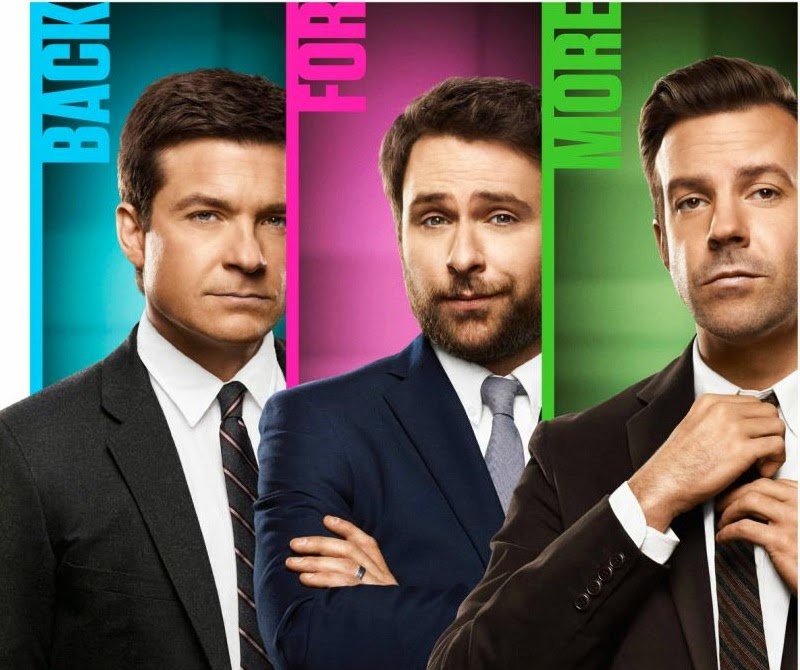