When I first saw Naked Lunch I had no idea of exactly WHAT I had just watched. It was a film full of startling imagery, a wonderful lead performance from Peter Weller, and some impressively organic special effects that often looked like genitalia. I was probably in my early twenties when I saw the film, which explains why I came away so confused.

Now, at the grand old age of *cough, cough*, I can safely say that a rewatch of the film has led me to now have a clear opinion of it. And that clear opinion is that I still have no idea of what exactly I just watched. It remains a bizarre and bewildering experience, but I now know that it is all planned out that way.

The plot concerns William Lee (Weller), an exterminator who also likes to get high on his own supply of bug powder. As does his wife (Judy Davis). Mr Lee is also a writer, although his main typewriter of choice appears to him as a insect-like creature that starts to talk to him. I could say more but you would just think I hallucinated the whole thing.

That is the big plus of Naked Lunch, yet it's also the big minus. Writer-director David Cronenberg, adapting an "unfilmable" novel by William S. Burroughs, has decided to take the bones of a standard narrative and loop it numerous times through a drug-coated mesh, pulling everything tight at either end and leaving the middle section bulging and mis-shapen. He makes a number of bold choices, but they all pay off when it comes to delivering a movie experience like few others I can think of.

As well as the druggy haze, Naked Lunch deals in the kind of paranoia, conspiracy, and twists and turns that will be familiar to Cronenberg fans who have enjoyed Videodrome (made years before this one) and eXistenZ (which came along some time after). And there are so many films from him that feature characters losing their sense of identity that you could say it is one of his main preoccupations.

Weller gives arguably his best performance here, despite the fact that he has a couple of other roles in his filmography that fans will often put ahead of this one, and he's ably supported by Davis, Ian Holm, Roy Scheider, and Julian Sands, among others. Everyone involved gives a performance that feels a little bit off. Whether it's their sense of humour, their acceptance of odd events, or something else, they feel just like characters being viewed through the eyes of a drug addict who cannot trust his own senses.

Don't ever ask me to tell you what is going on in every scene and how it all connects. I am not about to rewatch the film with the intention of taking down notes and creating venn diagrams. And I am not offering my opinion of the movie as any kind of testimony to my own insight. I just know that I love the experience of it, even during the more gross sequences, and that it is another Cronenberg work that feels like it couldn't have been made by anyone else.

There's a disc you can buy here.
Americans can get a nicer disc here. 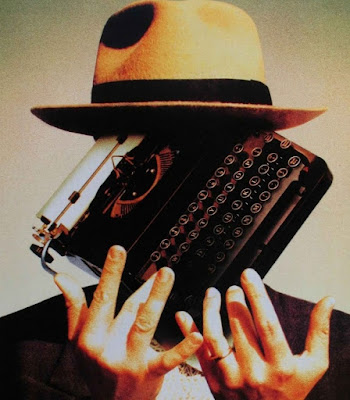