Steven Soderbergh has a way of presenting familiar material in a way that makes it feel fresh and interesting, whether it's the more naturalistic and low-key fights in Haywire, the glossy coating that encases the trashiness of Side Effects, or the effortless cool that transforms many of the films he has done with George Clooney in the leading role.

Unsane is quite a standard psychological thriller, competently put together but not spectacular in any way. The only new thing that Soderbergh brings to the table is filming it all on a phone (and it's not the first film to be made that way, but it may be the first relatively mainstream film to utilise that approach).

Claire Foy plays Sawyer Valentini, a young woman who goes to therapy sessions in order to deal with the big problem in her life, which viewers are left wondering about. Has Sawyer been seeing a stalker everywhere, was she traumatised by a past event, or is her mind refusing to give her any peace? Things get worse for Sawyer when she signs what she thinks is a standard bit of paperwork and ends up committed to a mental institution against her will. She is determined to be released, stating that she isn't crazy, but that's also what crazy people say. And then she realises that one of the staff members is her stalker.

There's a very good central performance here from Foy, who is supported by Joshua Leonard (as the possible stalker), Juno Temple (another patient in the facility), and Jay Pharoah (also another patient), all doing good work. And you get a nice cameo role for Amy Irving, so I have no problems with the cast.

The script, written by Jonathan Bernstein and James Greer, isn't as good as the cast deserve. It's okay, especially considering that these writers previously gave us films such as, well, Just My Luck and The Spy Next Door, but it's often either not as tight as it could be or it's just too predictable. The ideas here are more important than the dialogue, this isn't a film full of quotable lines, but the fact that those ideas end up lacking a certain something is a disappointment.

Soderbergh directs with his usual level of polish, even through a phone camera, but he never feels like the best fit for the material. Imagine what De Palma could have done here, or perhaps M. Night Shyamalan. Having recently been reminded of her talent, Lynne Ramsay could have taken us further into a troubled mind. But we're stuck with Soderbergh, who does fine. He just doesn't make things as interesting or thrilling as they could be.

You can buy Unsane here.
Americans can buy it here. 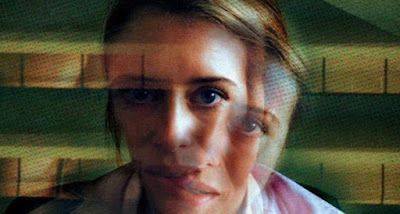