When I was a teenager I was a lot like other teenagers. Maybe not EXACTLY the same but close enough. Not smart enough to be an A+ student, just smart enough to piss off some bullies insecure about their own IQ. Not a fighter, which somehow translates to other teenage boys as a signal for everyone to challenge you to a fight (yeah, I never understood that either). Not wearing cardboard shoes but definitely not up to date on the latest essential playground fashions either. And I was a raging whirlwind of hormones, strange thoughts, and a desire to find out more about the mysterious females around me that had started to become more and more interesting to me from approximately the time of me starting high school. It was that sudden, like an invisible teacher slapped me in the face, pointed to everyone around me, and made me open my eyes wide until I cottoned on to the fact that major changes were underway.

Sometimes it's horrible to go through puberty. There were days when I never thought I would look in the mirror without seeing my acne-ridden face keeping me even more insecure with the ever-changing selection of dot-to-dot patterns on there. Few people mention the terror you can have as a young boy when you hear your mother open your bedroom door as usual, waking you up for another horrible schoolday, and even in that state of semi-consiousness you know that you have to rotate your body as quickly as possible to hide that embarrassing morning erection. Sometimes rolling to your side would do it. Sometimes you went a full 180 degrees and thought something was going to snap. And it's not as if you knew what caused the bloody thing, not from the very start anyway.

Should I even mention the mixed emotions of the warm glow and sheer terror that came along with wet dreams? There's the immediate reaction (that was nice, wonder what that was, what's that sticky stuff, oh my god, my pyjamas are soaking, I think it's also on the duvet, I have to hide all of the evidence) and then the ensuing scheming to try and clean things without any parents noticing. Which they would always notice, surely, but never mention. I've since seen clothing that looked in a similar state to my pyjama bottoms but they were in comedy scenes that showed people using far too much starch on their laundry.

I know, I know, you're wondering why this movie required a review that had me spending so much time reminiscing on my turbulent teenage years. It's simple. The blood, the boobs, the horrible plotting, the rough technical side of things, all of these things add up to a movie that I would have loved if I saw it when I was that hormonal boy. And my friends would have also loved it. In fact, I think we could have MADE this movie when we were going through all of those changes.

That's what Witchcraft 13: Blood Of The Chosen is. That's what pretty much every Witchcraft movie is. A film made by a boy with overactive hormones and not enough sense to know how to direct that energy in a more effective way. Nobody took the time to bring the series back in line, nobody had "the talk" with anyone involved. Which is why we're now stuck with a load of dirty laundry and some people who may look red-faced and a bit sheepish if ever confronted by a concerned adult.

Get this Charmed boxset instead. Go on.
Americans can get it here. 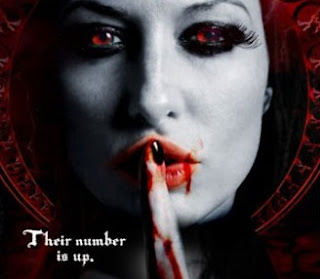