Netflix And Chill: The Invitation (2015)

I really need to check out the other titles in the filmography of director Karyn Kusama. Having only seen Jennifer's Body and this one, for now, I seem to quite enjoy her work. Neither of her two films that have passed before my eyes have been perfect but, arguably more importantly, they have been interesting and entertaining.

The Invitation concerns a man (Will, played by Logan Marshall-Green) who heads to a dinner party with his current girlfriend (Kira, played by Emayatzy Corinealdi). The party is being hosted by Eden (Tammy Blanchard) and David (Michiel Huisman). That wouldn't seem to be a premise loaded with tension unease except for the fact that Eden and Will used to be married. Something bad happened to cause them to tear apart from one another. Is the party a reconciliation, or can the events of their past not be overcome so easily?

The main strengths of The Invitation are the lead performances and the script, although Kusama directs with a sure hand, showing great restraint until a finale that tips viewers into, well, something else altogether. The shot choice and visual style helps to emphasise the strange, slightly disorientating, atmosphere of the party, and the affected mindset of a number of the guests who view the events unfolding around them with bewilderment.

Writers Phil Hay and Matt Manfredi are probably better known for their work in the comedy genre but this script shows that they should be able to do more than feed lines to Kevin Hart and Ice Cube (and others). Their work here is effective and efficient, teasing out background details and providing enough highlights throughout to keep viewers from feeling too frustrated or bored as the film takes time to build towards a satisfying conclusion. Yes, some of the plot points are a bit harder to swallow, such as the video that the hosts decide to play for their guests and the house feeling far too tightly locked up for what is supposed to be a relaxed dinner party, but these things are also addressed by other characters in the film. They are odd but viewers have to start wondering how much oddness they would tolerate if they were in the same situation.

Marshall-Green is very good in the lead role, easy to like and sympathise with as he wavers between politeness and lashing out at more disturbing elements of the evening. Corinealdi is equally good, shining in a supporting role that could have easily seen her almost immediately relegated to the background of every scene. She may not be front and centre but she's always there to support her partner, and that stops her from being forgotten as the film goes on. Blanchard and Huisman have a few more quirks to play with, and they both do well to avoid eye-rolling overacting, and John Carroll Lynch is worth mentioning for his small, but vital, role in the proceedings. He gives his usual dependable level of work.

One to watch before you hear or read too much about it, which is my excuse for this review perhaps not being on a par with some of my other reviews (who am I trying to kid, I know I always write crap), The Invitation is a solid thriller that leads you step by step to somewhere you probably won't expect to end up. And that's no bad thing.

There's A blu ray available here.
Americans can pick it up here. 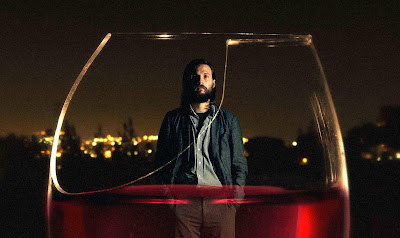