Filmstruck Friday: The Wrong Arm Of The Law (1963)

With a fine British cast, an enjoyable crime caper at the heart of the plot, and plenty of gentle humour throughout, you would be forgiven for assuming that this 1963 movie was one of the many small gems produced by the Ealing Studios. It wasn't. Ealing had passed it's peak by this time, leaving a gap in the British cinematic landscape that I don't think anyone has ever really filled in since (despite the wonderful filmography of Hammer, Amicus, and a few others).

Anyway, let's get back to the actual film. Peter Sellers plays Pearly Gates, a smooth criminal boss who helps to front his operations with his role as a purveyor of fine dresses for women. All seems to be going well for him and the other crime bosses, including Nervous O'Toole (Bernard Cribbins), until a trio of Australian crooks get the bright idea of impersonation police officers and taking their rewards from criminals they catch at just the right time. They seem to have a lot of inside information, causing all of the crime gangs to lose out on a good chunk of change, which puts the likes of Pearly and Nervous in the uncomfortable situation of having to work with the police, mainly Inspector "Nosey" Parker (Lionel Jeffries) and his Assistant Commissioner (John Le Mesurier).

Constantly amusing throughout, The Wrong Arm Of The Law is not a film planned around belly-laughs or big set-pieces (although the finale piles on the satisfying payoffs and breakneck chase scenes). It instead relies on a quality cast delivering great performances.

The direction from Cliff Owen pitches the material exactly how it should play out, and the script (by John Antrobus and the famous duo of Ray Galton and Alan Simpson, working from a screenplay by John Warren and Len Heath) manages to keep everything moving along speedily enough while allowing the performers to play to their strengths.

Sellers gets to put on a couple of different voices, and there's some amusement to be had when he switches between his refined persona and his more uncouth natural style, Cribbins is one of the nicest and politest criminal bosses ever to be seen onscreen, and Jeffries is excellent as the main character being taken for a fool by everyone around him, including his superior (Le Mesurier, giving one of his characteristically unflappable and calm turns - that's how I always think of him anyway).

It may not be up there with the very best of the classic British comedies but I think The Wrong Arm Of The Law is a film that deserves to be seen by more people. Will it become your new favourite? That's highly unlikely. Will you enjoy yourself while the film is on? I think so, even if you don't end up liking it as much as I did.

You can buy the DVD here.
Americans can get it here. 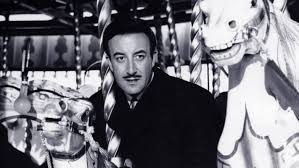