As is mentioned in almost every discussion of Tamara Drewe, it is a film based on a graphic novel (by Posy Simmonds) that is itself loosely, although not too loosely, based on "Far From The Madding Crowd", by Thomas Hardy. The Hardy novel is namechecked just a minute or two into the film, just in case people weren't aware of the connection, and I am sure that fans of his work will have extra fun spotting the similarities in this modernised riff on his work.

I must confess that my knowledge of Hardy extends to knowing of his name and seeing a couple of movies based on his works. I have not, as yet, ever made my way through one of his novels, and the chance of me changing that situation soon looks very unlikely, as my "to watch" and "to read" piles grow in inverse relation to the spare time I have available. I don't say this in an attempt to boast of my ignorance, because I really do wish that I had the time to get through more classic literature, but am rather hoping to acknowledge that others may enjoy Tamara Drewe more than I did.

This film just didn't work for me, which is surprising when you consider the wonderful cast. Gemma Arterton, Luke Evans, Dominic Cooper, Tamsin Greig, John Allam, and Bill Camp all give good performances, and they are all people I have enjoyed in other roles, but they just can't do enough to overcome the biggest problem; it's hard to care about most of the main characters.

Arterton is Tamara Drewe, a young woman who returns to the small village she grew up in, aiming to renovate the family home and sell it. She's blossomed during her time away, and also had a nose job. The main people taking interest in her return are a farmhand who used to be in love with here (Luke Evans), and maybe still is, a philandering writer (Roger Allam), the long-suffering wife of the philandering writer (Tamsin Greig), and a couple of young girls who spend their time being generally nosey and up to mischief. There's also a rock band playing nearby, which leads to Tamara getting involved with the drummer (Dominic Cooper), who is on the rebound after a very recent and public separation from his partner.

Director Stephen Frears has given us some great films over the years, including at least one personal favourite of mine (The Grifters), so I was pleased to see his name attached to this, along with that great cast. I'm not sure what went wrong here, and maybe other people would argue that nothing at all went wrong anyway, but it feels like he doesn't have a good handle on the material. The script, by Moira Buffini, doesn't help at all, and I am not sure if that is mostly her fault or a fault with the source material, but it creates a number of situations that could have been played out in a number of different ways and then, for me, picks the worst possible variant. The drama doesn't work because of the characters being largely impossible to care about, the comedy doesn't work because it's just not funny enough to make up for the more serious elements, it's not an enjoyable romance, and there aren't even any major consequences for MOST of the main players.

It looks nice enough throughout, the lovely rural setting helps to make this a comfortable vewing experience, it's technically all well and good, and the cast all do what's asked of them, but this is a disappointing film that could have worked better as a 6-part BBC series, in my opinion.

The blu-ray can be bought here.
Americans can buy it here. 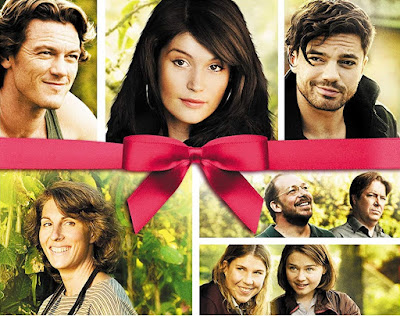