Welcome to another pointless review of a classic film that you already know is a classic, even if you haven't yet watched it, and don't need to be reminded of by someone who can't hope to add anything new to the reams of critical appraisals that it has already received.

The Taking Of Pelham One Two Three is all about a group of robbers (Robert Shaw, Martin Balsam, Hector Elizondo, and Earl Hindman) who take over a subway car. They then demand a large ransom, to be delivered within a tight timeframe, or they will start killing passengers. A lot of the police struggle to find any other solution to the situation, leaving the bulk of the communication and consideration of the options to Zachary Garber (Walter Matthau), a Police Lieutenant with the New York Transit Authority.

From the colour codenames of the crooks to the canny elements of the heist, right up to the classic final scene, this is an influential and entertaining crime thriller that holds up just as well for newcomers today (over four decades after it was originally released). Hey, I enjoyed the Tony Scott-helmed remake, despite being sad that I saw it before the original, but this easily remains the best version of the story.

Director Joseph Sargent keeps everything moving along at a great pace, working from a great script from Peter Stone (an adaptation of a novel by John Godey) that uses dialogue to build and maintain tension, as well as reveal more of each main character. There are also infrequent moments of violence punctuating the long stand-off. The violence isn't too graphic but it always serves as a sobering reminder that these criminals aren't bluffing.

Matthau gives another performance that makes great use of that hangdog expression he is so good at. Whether he's wondering just how the criminals hope to make their getaway or he's talking to the head of the group (Shaw) as he buys time and tries to glean more information, he's consistently wonderful. Shaw is a fantastic baddie, a man with a plan and a moral code. He will follow through on anything he says but he hopes to avoid unnecessary risks. Balsam is solid support for him, working through the plan while dealing with an unexpected cold, Elizondo is a bit of a hothead, and Hindman is there to make up the numbers, really, although he doesn't do bad. You also get Jerry Stiller as a colleague of Matthau, Lee Wallace as the mayor, Nathan George and Julius Harris as two determined members of the police force, and Tony Roberts as the man advising the mayor on the best way to navigate these tricky waters.

Go and see it immediately, if you have somehow avoided it until now (as I did). It's a near-perfect blend of crime and wit. You also get a wonderful score from David Shire AND one of the best final lines/shots in the history of cinema.

You can buy the film on shiny disc here.
Americans can pick it up here. 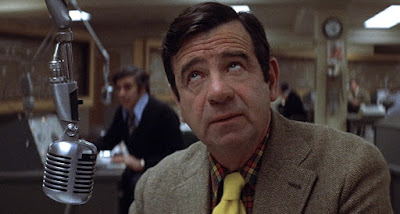