And so it appears at last (albeit with an annoying title change so that we easily confused Brits don't think Steed and Emma Peel are coming back to the big screen this year), the  film that looks set to be the mightiest of superhero movies, the royal rumble of the Marvel cinematic universe, the geekgasm for comic book fans. With Joss Whedon directing (and co-writing the script with Zak Penn), Avengers Assemble actually manages to be all of this and more.

For anyone adjusting to the sunlight and the sights around them after coming out of some decade-long hibernation, here is the plot. Loki (Tom Hiddleston), last seen causing major trouble for Thor (Chris Hemsworth), has managed to get himself to Earth with a device that can run on self-sustaining energy and grow more and more powerful. Loki hopes to use this device to bring a warring alien race to Earth, cause mayhem and chaos, and then lord it over all he surveys. Nick Fury (Samuel L. Jackson) really doesn't want this to happen so he enlists the help of the superheroes that he knows and thinks up to the task. Captain America (Chris Evans), Iron Man (Robert Downey Jr.), Thor, Dr. Bruce Banner/The Incredible Hulk (played by Mark Ruffalo in both forms), Black Widow (Scarlett Johansson) and, hopefully, Hawkeye (Jeremy Renner). The biggest problem is that these characters don't play well together, something that Loki soon realises as he puts strain upon strain on their relationships (even completely taking over one or two characters to do his bidding). There's also the ever-dependable Agent Phil Coulson (Clark Gregg) and Agent Maria Hill (Cobie Smulders).

Most of the cast here have already grown into their characters in a previous movie (with Robert Downey Jr. perfecting his great patter in two enjoyable Iron Man films) but viewers may be most surprised to find that the person who comes near to stealing every scene here is Mark Ruffalo, arguably the best onscreen interpretation yet of the man who fears his own uncontrollable strength and rage. In a script full of great one-liners he also comes close to bagging two of the top five spots (though the absolutely greatest retort comes from Loki in a comment so funny that the cinema audience I saw the film with was laughing hard for the next full minute). But the best, and most impressive, thing about Avengers Assemble is just how everyone gets their share of great moments without the movie feeling overlong or bloated in any way. You may go into this film with a favourite that you're looking forward to seeing but I guarantee that you come out of it loving the entire group and struggling to pick an outright favourite moment. Which all goes to show just how much praise Tom Hiddleston also deserves for making Loki such a memorable and worthy villain, a perfect mix of camp and menace and scheming (his outburst to Black Widow in one particular scene ranks up there with some of the very best rants by cinematic baddies ever).

The writing is as sharp as you would expect. Okay, this isn't necessarily a film for complete newcomers (if there ARE any) but it sketches out enough details to keep most people happy and it does a great job of following major plot strands through a whole cat's cradle of different sub-strings. There are also at least four great action set-pieces, just as important to a film of this type, and the barnstorming finale features a superb mix of CGI, witticisms and sheer spectacle.

As you would expect from Whedon, he knows what fans want. I think that most people will be like myself, eager to like the film even before the opening titles come up. But with great anticipation comes, of course, the chance for great disappointment. Thankfully, there's absolutely nothing to worry about here. Whedon shows in almost every sequence that he knows just what audiences want, the action may be fast and frantic on many occasions but there are many times when the camera is pulled back and viewers are allowed to revel in a moment of sheer fan-pleasing awesomeness (be it simple joy at the scale of the action or an extended shot of Hulk having a smashing time).

2012 is already shaping up to be a great year for BIG cinematic spectacle (I am also drooling with anticipation at the thought of going to see Prometheus and The Dark Knight Rises) and Avengers Assemble has already set a very high bar for blockbuster quality. Did I want to go back and watch it again as soon as the credits rolled? Yes. Am I looking forward to reliving the whole thing on shiny disc format? Yes. Am I already very, VERY eager for a sequel? I think you know the answer to that one. 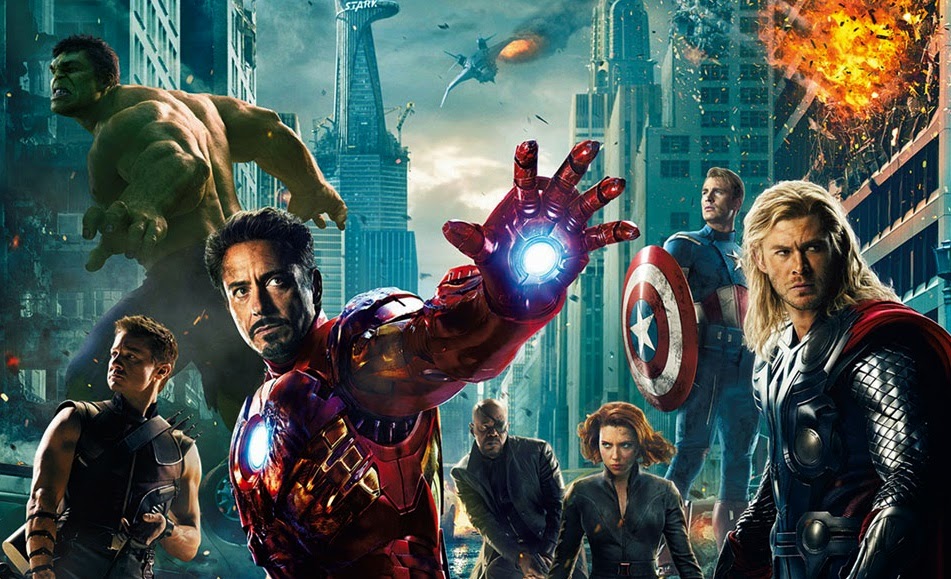