Goose (Jim Van Bebber) lives a violent life. He's the leader of a street gang, and always at war with a rival gang, and their leader (Danny, played by Paul Harper). His girlfriend (Christie, played by Megan Murphy) wants him to break free, wants them to start a fresh life together, and Goose eventually agrees. But that's easier said than done. Their happiness is rudely interrupted by thugs determined to teach Goose a lesson, which leads to things going too far. If/when Goose finds out who is responsible for his heartache then he'll be determined to exact his revenge.

Van Bebber is a fairly well-known name to fans of low-budget, exploitation fare. Watching Deadbeat At Dawn, it's easy to see why. Despite the crude way in which it's all cobbled together, it's often just impressive that it IS cobbled together. It suffers from some common flaws that low-budget exploitation movies have, such as scenes in which characters tend to ramble on about nothing of importance, but when things move up a gear this is a film on a par with many that have more money and resources available.

I don't think anyone expects the acting here to be awards-worthy, and it's not. It's not the worst that I've seen, far from it, but viewers may find themselves rolling their eyes every so often at the delivery of the dialogue. Murphy is one of the better performers, but Harper is never less than fun with his slightly unbalanced turn.

Van Bebber is, seemingly, a force to be reckoned with. Not only did he write, direct and star in the film, but he also did the editing, stuntwork and special makeup effects. And, as shown throughout the movie, he's a dab hand with a pair of nunchakus.

This isn't a film for people reared on a diet of nothing more than polished,  mainstream blockbusters. It's a film that may require viewers to have a little patience. The opening is enjoyable, but clumsy, while a middle section is home to some of the worst moments, but all of the rough patches are easy to view with fondness as things wind towards an action-packed, impressive finale.

Whether you like or dislike it, I think Deadbeat At Dawn is worth your time. It is, in a number of ways, a great achievement, even if it doesn't look like one. 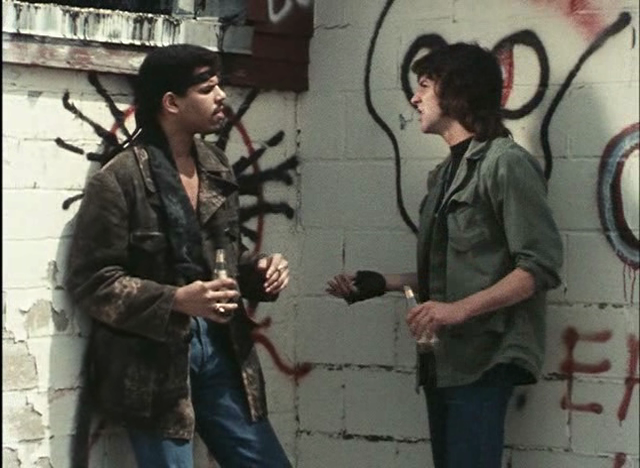